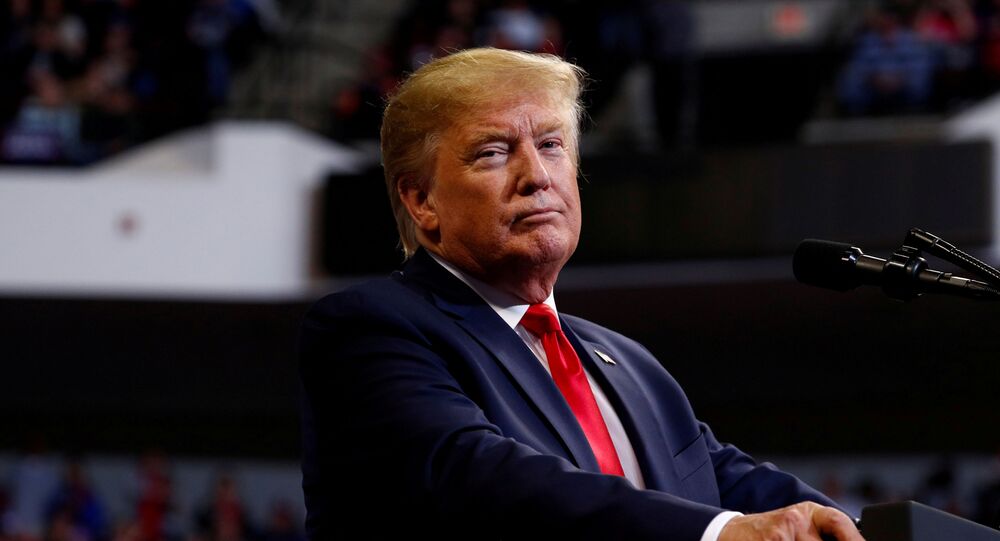 US President Donald Trump lashed out at French President Emmanuel Macron and Canada’s Prime Minister Justin Trudeau during a closed-door meeting at the White House with United Nations ambassadors, according to the Daily Beast citing three sources.

A number of foreign officials reportedly were “visibly uncomfortable” over the airing of the president’s private grievances, especially those whose leaders were involved in the hot mic video. (The Canadian ambassador to the United Nations was not present at the meeting.)

President Trump was said to have launched a verbal assault on the Canadian prime minister while referring to the French president as a “pain in the ass” and calling him “short,” the outlet quotes a source.

Trump was believed to have also censured Emmanuel Macron for not doing enough to help in recent Iran negotiations.

The press were initially admitted to the gathering, during which the ambassadors thanked the president for inviting them to the White House.

The UN representatives, who hailed from countries such as France, Germany, the United Kingdom, Poland, South Africa, Russia and China, underscored their interest in working with the US on trade, foreign policy, and national security.

Once the press had left the room, however, Trump, said the sources, addressed what has been dubbed the “hot mic” story during a lunch with the ambassadors.

The president’s tirade lasted several minutes, claimed the sources, and threw off course the ongoing conversation about NATO countries contributing more towards security.

The White House has not yet commented on the story.

But a senior Trump administration official was quoted as saying that the president “shares good relationships with President Macron and Prime Minister Trudeau,” and that “there is little doubt as to the substantive and productive relationships the president has with both leaders.”

The current news comes in the wake of the release of footage showing world leaders at the NATO meeting in London seemingly talking about Donald Trump.

In the footage, circulated widely on social media and by worldwide news outlets, Justin Trudeau says:

“He was late because he takes a 40-minute press conference at the top,” apparently referring to Trump’s tardiness.

“You just watch his team’s jaws drop to the floor,” he continues, although the exact context of this remark wasn't immediately clear.

When prompted by reporters about the video the following day, Trump described Trudeau as "two-faced", adding that the Canadian prime minister probably mocked him due to their disagreements over Canada's NATO membership fees.

Meanwhile, Trudeau offered his own take on the aforementioned video, stating that he had a "great meeting" with Trump earlier.
The US President’s relationship with French President Emmanuel Macron has also noticeably deteriorated in the three years since the two world leaders first met.

Most recently, Trump, who once said he has a "great relationship" with Macron, told reporters that comments by the French leader were "very, very nasty" and "insulting", after Macron spoke with The Economist in November, claiming the NATO alliance was experiencing "brain death," and condemning the US troop withdrawal from Syria without consulting alliance partners.