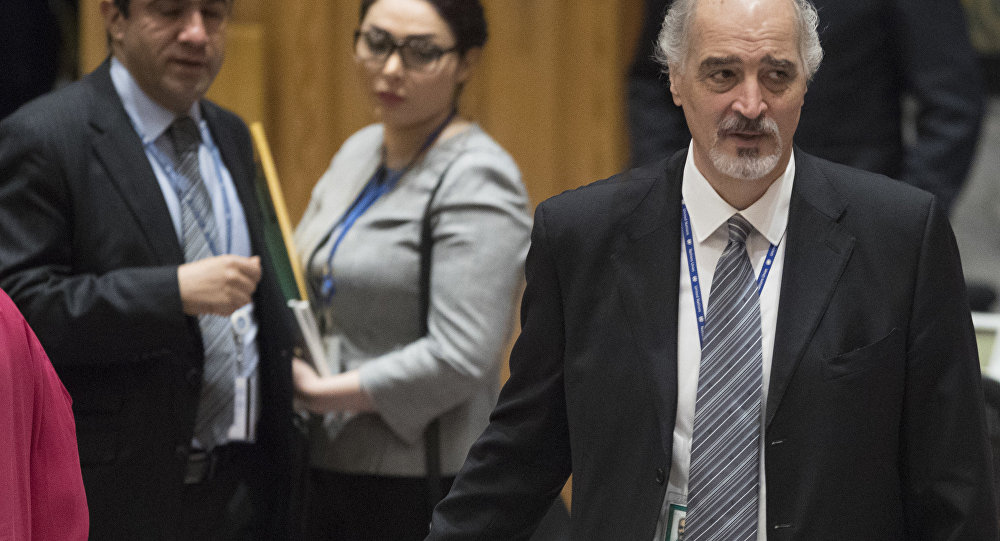 NUR-SULTAN (Sputnik) - Damascus has not received an invitation to the Turkish-UK-French-German summit on Syria, which will be held in Istanbul in February, Syria's Envoy to the United Nations in New York Bashar Jaafari said on Wednesday.

"We do not have diplomatic relationship with Turkey. No, they have not invited us. Basically speaking, diplomatically speaking, we do not have relationship with Turkey, they are still occupying part of our land and they are behind much of the crisis," Jaafari, who is heading Damascus delegation at the Astana-14 talks, told reporters, asked if Syria is invited to the summit that the Turkish president is organizing.

Astana-14 discussions will be behind the closed doors on Tuesday, while on Wednesday the parties will hold a plenary session and adopt a joint communique.

Earlier, Turkish President Tayyip Erdogan announced a summit on Syria, which is scheduled to take place in in Istanbul in February with the participation of the heads of Turkey, Germany, France and the UK.

In December, Erdogan held talks on Syria at a quadripartite meeting with French President Emmanuel Macron, German Chancellor Angela Merkel and British Prime Minister Boris Johnson on the sidelines of the NATO summit in London.

The armed conflict in Syria has been raging since 2011. The fight between Assad’s forces and different armed groups, including the Daesh* terrorist organisation, has resulted in a considerable part of the Syrian population getting displaced and infrastructure being destroyed. As a result, many have been forced to either leave the country or reside in refugee camps, creating a serious humanitarian crisis.