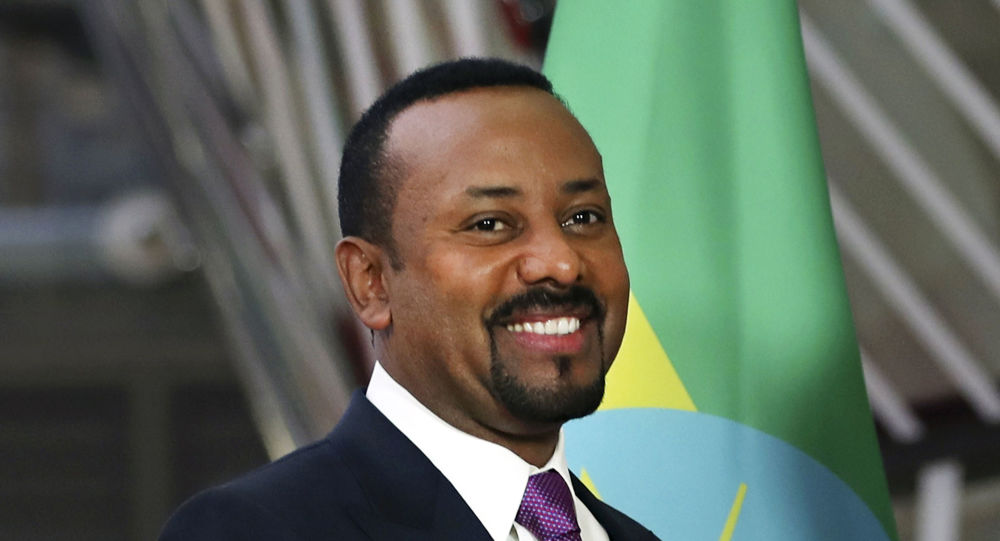 The politician lauded for his peace activism is now embroiled in a row with the Nobel Committee over his refusal to attend any events, where he could be asked questions, including a Q&A session after a meeting with Norway’s Prime Minister

Prime Minister of Ethiopia Abiy Ahmed was awarded the 2019 Nobel Peace Prize. Berit Reiss-Andersen bestowed the politician with the corresponding medal and diploma during a ceremony in Oslo. He was awarded the prize for his initiative to end the decades long conflict between Ethiopia and Eritrea, which saw more than 300 thousand people killed on both sides, as well as for his reforms in the country’s social, political and economic spheres.

Reiss-Andersen stressed that by giving the prize to Abiy, tribute was being paid to all sides that were involved in the peace-making process. At the same time, the chairman of the Nobel Committee voiced regret over the PM’s refusal to hold a press-conference before the ceremony and attend any events, where he could be asked questions. Abiy’s spokesman said the politician is too busy and humble for press-conferences, but his critics claim he is avoiding public appearances due to troubles in Ethiopia.

Abiy faced harsh criticism over the government’s harsh response to public protests, which started after the PM’s critics accused law enforcement of orchestrating an attack on him. Abiy succeeds Congolese Physician Denis Mukwege and Iraqi Yazidi Nadia Murad as Nobel Peace Prize laureate. In 2018 the two were honoured for their initiative to end the use of sexual violence “as a weapon of war and armed conflict."

Ties between the two countries have been tense for decades as Eritrea gained independence following an armed conflict with Ethiopia. What started as a minor confrontation had then quickly turned into a full blown war in 1998, that claiming the lives of up to 100 thousand people on both sides, that’s according to the International crisis Group. Both countries spent millions of dollars on military equipment during the conflict, which ended in 2000 with the signing of the Algiers agreement, although tensions between Asmara and Addis Ababa continued for several years. In 2018 Abiy Ahmed announced that Ethiopia fully accepts the Algiers agreement and in July of 2018 together with Eritrean President Isaias Afwerki he signed a joint declaration to formally end the conflict.