New Delhi (Sputnik) - The Indian Cabinet approved the Personal Data Protection Bill on Wednesday. The bill will soon be presented for parliamentary approval. It aims at having an ecosystem of processing personal data by private and public organisations with detailed rules on collection, handling, consent, and punishments.

The suggestion from the affiliate of RSS, which is an ideological source for the government, comes at a time when the US has indicated that India’s data localisation plan should give fair treatment to American companies. The timing could not have been more crucial, as data localisation is one of the issues in the India-US trade deal.

SJM, in a letter addressed to Modi on Sunday, said, “India must refrain from negotiating data sovereignty at bilateral & multilateral trade negotiations. Data is a national asset. It may be commercial, strategic or even elementary. The data must be protected".

The advice comes at a very important time, as India is currently negotiating a trade deal with the United States. Sources in the Indian Ministry of Commerce contend that data security is one of the issues in the deal. 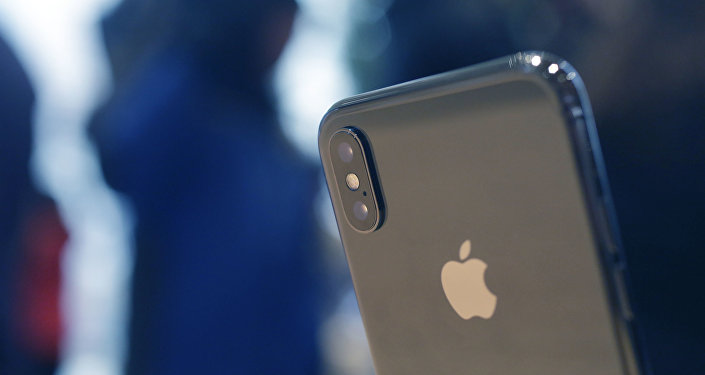 © AP Photo / Charles Rex Arbogast
Apple Eyes 'Make in India' Manufacturing amid Trade War with China
Also, the US has indicated that India’s plans on data security should not impact American firms. US Treasury Secretary Steven Mnuchin on Friday said that India should ensure that its plan to have data on local servers does not “stymie growth”.

Data localisation essentially means having information pertaining to financial transactions stored in servers located within the country. American firms Google, MasterCard, Visa, and Amazon have lobbied against data localisation globally, maintaining that it will lead to higher costs of operations for them.