How Might Denmark, Other NATO States Profit From Russian Northern Sea Route by Ignoring US Policies?

The US, Denmark's NATO ally, has recently been expressing concern over Russia's increased activities and claims in the Arctic region, seeing it as a "security" issue. Washington has vowed to take steps to counter Russia's "expansion" in the region.

Danish Ambassador to Russia Carsten Sondergaard has stated that the nation’s companies are interested in the Northern Sea Route (NSR), with the country itself recognising its importance not just for Russia, which is developing it, but also beyond.

"This is a vast region worth investing in. [...] Of course, we understand that and see the prospects for the further development of this part of the world. But it is important that everything that happens in the region remains transparent and predictable. The market requires this for the Northern Sea Route", Sondergaard said.

Speaking of transparency, the diplomat referred to new rules that Russia has applied to international shipping in the Northern Sea Route – all military vessels must notify of their passage in advance, while civilian ships not built in Russia need to receive permission from the government to use the route. He said that the matter needs to be addressed in the Arctic Council.

Sondergaard hasn't clarified what business opportunities Denmark sees in the NSR, but international shipping might become one. Denmark’s Maersk shipping company has namely earlier mulled using the route during some seasons. One of its cargo ships first tested the new route in September 2018.

Another way the country could invest is by offering its expertise in green energy generation. While the country has sold its gas companies to foreign buyers and is unlikely to participate in the development of the vast gas and oil-rich deposits in the Arctic, its Orsted firm could theoretically build an offshore wind farm off Russia's northern shores.

Moscow, in turn, has been taking steps to attract investment to the region both domestically and internationally. Particularly, it has introduced a special taxation regime in Russia’s Arctic territories, reducing taxes on resource extraction for the first 15 years of any venture and even reducing them to zero if these ventures are extracting gas to later turn into liquefied natural gas (LNG). The latter goes in line with Russia's recent push to strengthen its position on the global LNG market.

US Opposition to Russia's Activities in Arctic

Sondergaard’s vision of Denmark's cooperation with Russia in the Arctic, including on the NSR, goes against the position of its NATO ally the US, which seeks to deter Moscow's "expansion" in the Arctic region. 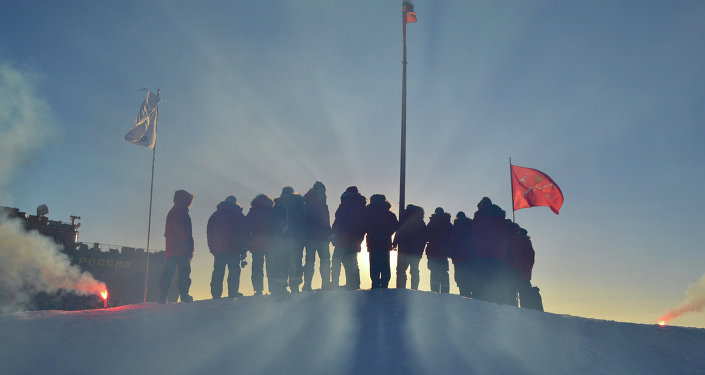 Namely, US Secretary of State Mike Pompeo expressed concern about Russia's claim to the international waters along the Northern Sea Route. Russia has indeed filed an official claim to expand its northern borders further into the Arctic with the UN and the application has so far been advancing successfully through the approval process.

Washington intends to oppose Moscow’s claim by strengthening its military presence in the region and has even considered building a separate military base to deter Russia there. The US intentions are, however, limited due to its fleet severely lacking icebreakers, with only one currently operational, although Pompeo announced that Washington is hoping to change this situation by building more such vessels in the future.