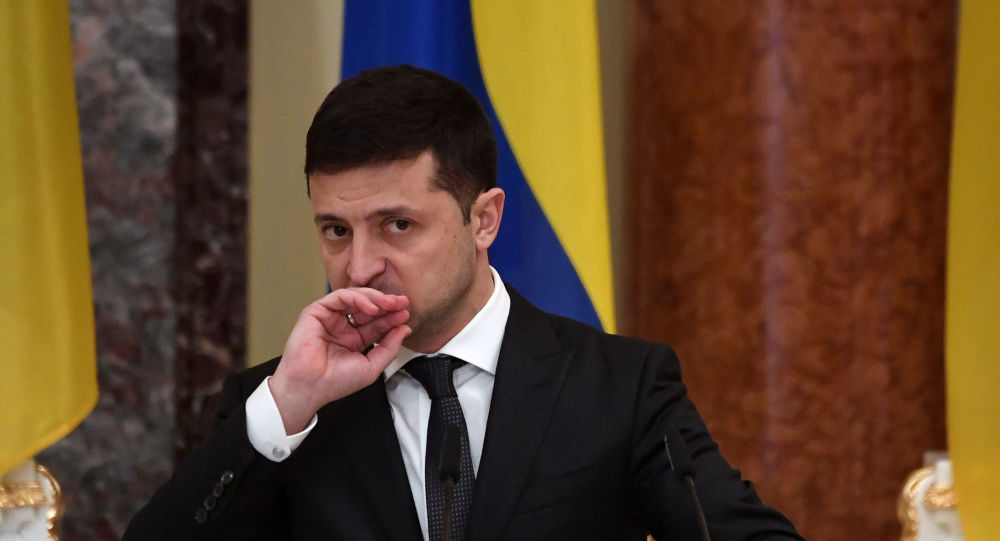 In an interview with Time and a few more media outlets, Zelensky said he does not trust anyone at all.

Ukraine's President Volodymyr Zelensky has debuted on the cover of Time magazine, the first Ukrainian head of state to do so.

On the cover, Zelensky is called "the man in the middle...being caught between Putin and Trump."

Speaking to journalists from TIME and three other European media outlets, Zelensky answered a wide range of questions, mainly relating to his upcoming meeting with Russian President Vladimir Putin as part of the Normandy format talks in Paris on 9 December and the impeachment inquiry against US President Donald Trump, which was launched by House Democrats following a leaked complaint about Trump allegedly pressing on Zelensky during a July phone call to investigate activities of the former US Vice President Joe Biden and his son Hunter in Ukraine.

During the interview, Zelensky repeatedly denied that he and Trump discussed the US decision to withhold aid to Ukraine in the context of a quid pro quo.

When asked if he trusts in Putin as he prepares for the December 9 talks, Zelensky said:

"I don’t trust anyone at all. I’ll tell you honestly. Politics is not an exact science. That’s why in school I loved mathematics. Everything in mathematics was clear to me. You can solve an equation with a variable, with one variable. But here it’s only variables, including the politicians in our country. I don’t know these people. I can’t understand what dough they’re made of. That’s why I think nobody can have any trust. Everybody just has their interests."