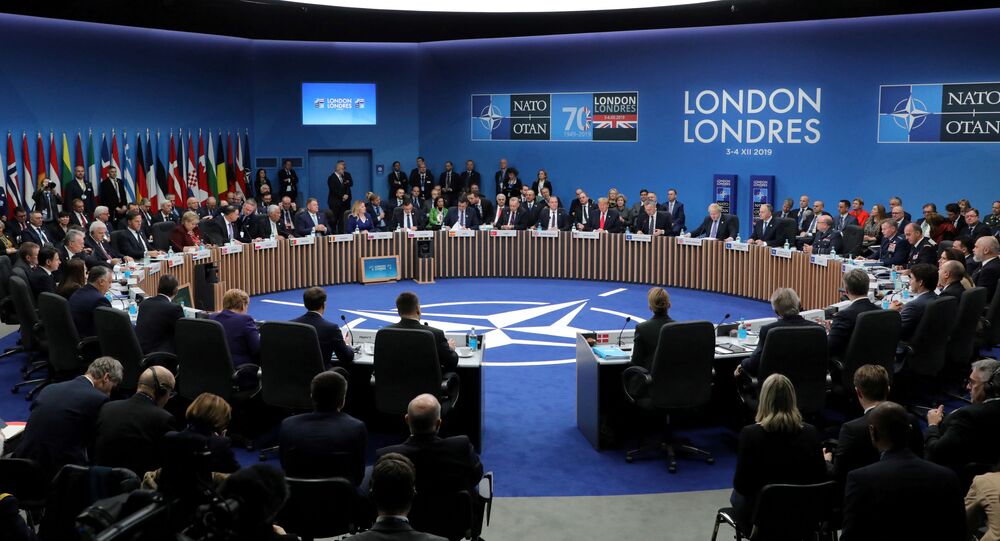 A two-day NATO summit dubbed "NATO Engages: Innovating the Alliance" kicked off in London earlier in the week to mark the 70th anniversary of the organisation.

Russian Foreign Minister Sergei Lavrov stated on Thursday following the 26th Meeting of the OSCE Ministerial Council in Bratislava that NATO wants to dominate not only the Euroatlantic region but the Middle East as well.

"NATO continues its reckless expansion, the block's military infrastructure is moving quickly to the east, close to Russian borders. There's a permanent fomenting of tension, accusations of aggressive intentions from the part of Russia. All this is happening amid a record increase of military budgets - the decision that was adopted during the recent summit in London," Lavrov said.

"The facts we see demonstrate us a clear situation: NATO wants to dominate both in the Euro-Atlantic and — if we look at NATO steps in other regions of the world, particularly the Middle East — in the Middle East," Lavrov said.

© REUTERS / YVES HERMAN
NATO Summit a ‘Complete Failure’ Due to ‘Lack of a Common Enemy’- Analyst
Speaking further, the Russian foreign minister noted that Russia has a response to all the threats posed by NATO and will ensure its security without entering an arms race.

“We have a response to all those threats that NATO is multiplying when it directly names Russia and China as targets of these threats. We know how we can respond to these threats and ensure our security without entering an arms race,” Lavrov said.

NATO held its 70th anniversary summit in the UK capital from December 3-4. In its joint statement, the allies reaffirmed their commitment to increasing investment in defence and qualified "Russia’s aggressive actions" and "terrorism in all its forms and manifestations" as threats.