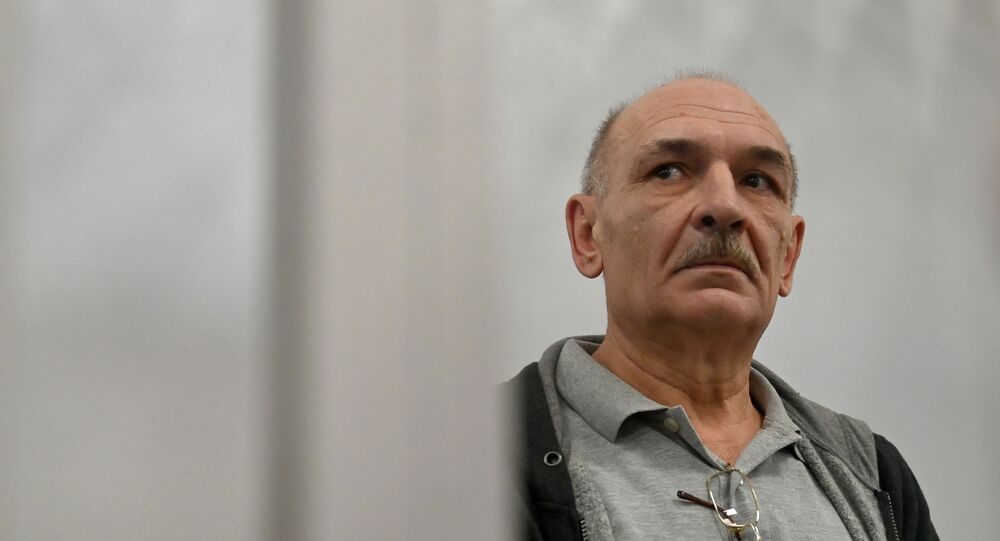 DONETSK (Sputnik) - The daughter of Vladimir Tsemakh, the ex-commander of one of the air defence units of the self-proclaimed Donetsk People's Republic, said on Tuesday that her father was not hiding and that no representatives of the Security Service of Ukraine (SBU), which has placed him on a wanted list, had contacted them.

"We haven't received anything by either mail or the Internet, no one has gotten in touch with us, my father is not hiding from anyone. This was anticipated, [the SBU] needs some kind of new 'buzz' around this case, hence these statements," Maria Tsemakh said.

The daughter's statements come as the Interior Ministry of Ukraine updated its website earlier in the day listing Tsemakh, who had previously been called an eyewitness by Kiev in the case of the 2014 MH17 crash in Donbas, as a wanted person. His data was posted in the "Persons hiding from the authorities" section with the date of his disappearance — September 23. It is said he is "a person hiding from bodies of pretrial investigation."

In June, the former commander was abducted by the Ukrainian special forces and taken to Kiev. He was subsequently released in early September in a prisoner swap with Russia and returned to Donetsk. While he was still in custody, the Netherlands contacted Ukraine requesting it to prevent Tsemakh's travel to Russia, citing him as a suspect in the MH17 investigation. Russia has refused a Dutch request to hand him over.

Flight MH17 crashed with 298 people on board on 17 July 2014, in eastern Ukraine while en route to Kuala Lumpur from Amsterdam, leaving no survivors. Ukraine and the self-proclaimed republics in the Donbass region have blamed each other for the incident.

The crash is being investigated by the Dutch-led Joint Investigation Team (JIT), which claims that the aircraft was downed by a missile originating from the Russian Armed Forces. The Russian Foreign Ministry has refuted the accusation as groundless and called the investigation biased. Later, Russia conducted its own investigation into the tragedy. The manufacturer of the BUK system, Russia's Almaz Antey company, said that the rocket was fired from an area controlled by the Ukrainian military, providing evidence that the system belonged to the Ukrainian Army. However, the evidence was not taken into consideration by the JIT.