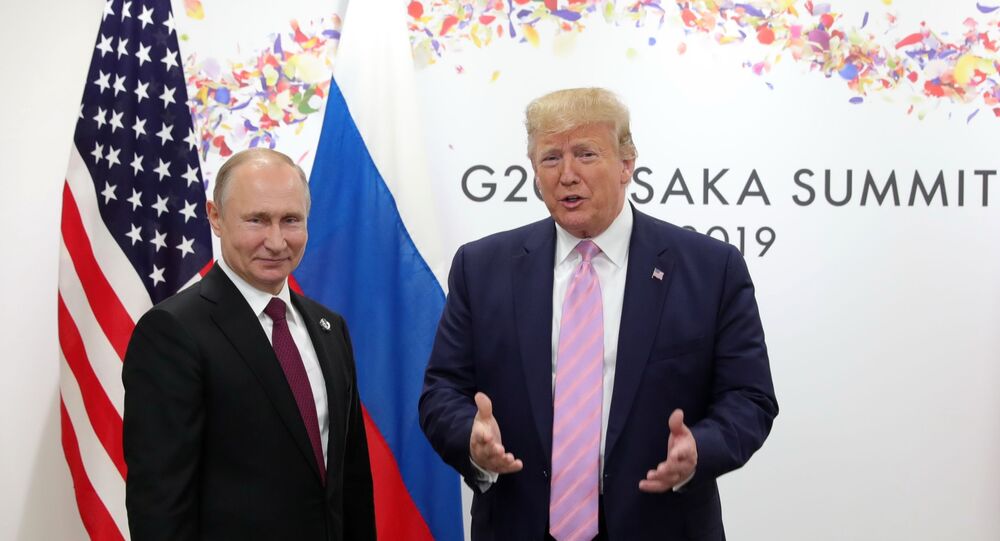 MOSCOW (Sputnik) - US Attorney General William Barr disagrees with the conclusions of Inspector General Michael Horowitz's probe into President Donald Trump's alleged conspiracy with Russia during the 2016 election, claiming that the FBI did not have enough information to initiate an investigation in the first place, the Washington Post reported.

Knowledgeable sources told the Washington Post that Barr had privately said he disagreed with Horowitz's finding that the FBI had enough information to initiate a probe into Trump and his campaign members in July 2016. In particular, Barr reportedly believes that the CIA and other secret services might have been holding certain classified data that could have altered Horowitz's conclusions.

Despite the disagreement, Barr commended the Horowitz's efforts, one of the sources was cited as saying. In any case, the attorney general could not have affected Horowitz's investigation as it was conducted separately from the Justice Department, the newspaper added.

The FBI opened an investigation into alleged links between the Trump campaign and Russian officials on 31 July 2016, four months ahead of the presidential election. Last week, an article by The New York Times claimed that Horowitz found no evidence that the FBI ever had undercover informants within Trump's campaign to determine collusion with Russia. Horowitz is due to present his report on Monday and testify before the Senate Judiciary Committee.

In May 2017, Trump dismissed FBI Director James Comey, who was leading the Russian probe at the time. Special Counsel Robert Mueller was then appointed to continue the investigation.

In May 2018, Trump asked the Department of Justice to find out if the FBI meddled in his presidential campaign through surveillance carried out by moles under the Foreign Intelligence Surveillance Act warrant process. In April, a report was released stating that Mueller had not found enough evidence to determine conspiracy between any Trump associate and Russia.