A two-day NATO summit marking the 70th anniversary of the organisation gets under way near London this Tuesday, with defence spending and the future of the military alliance on the agenda as the preceding events have offered more than a hint of the problems plaguing the bloc.

UK Prime Minister Boris Johnson is set to call for NATO unity as the UK hosts the summit of the defence alliance, marking its 70th anniversary, on 3-4 December in Watford, outside London, reports the BBC.

Boris Johnson is expected to reiterate the importance of NATO staying united.

"The PM's position is that NATO is the most enduring and successful alliance in military history and that it continues to adapt to the evolving threats that we face," the prime minister's spokesman said.

"It is the cornerstone of Euro-Atlantic security and it helps to keep a billion people safe. The PM will emphasise that all members must be united behind shared priorities, so NATO can adapt to the challenges ahead," the spokesman added.

Former Secretary General Anders Fogh Rasmussen, who led NATO between 2009 and 2014, has suggested that the bloc is in a troubled state ahead of its anniversary.

“Never before in the history of NATO have we experienced as much of a political divide as we see now,” Anders Fogh Rasmussen told Danish Radio on 2 December.

Ahead of the meeting, the former secretary general echoed concerns shared by Europeans in connection with US President Donald Trump’s questioning the cornerstone of NATO cooperation, Article 5, which implies that an attack on a single member state must be interpreted as an attack on the entire alliance.

The US president has slammed the lack of adequate “burden-sharing” by NATO’s European partners, reprimanding them and casting doubt on the US's commitment to the alliance. 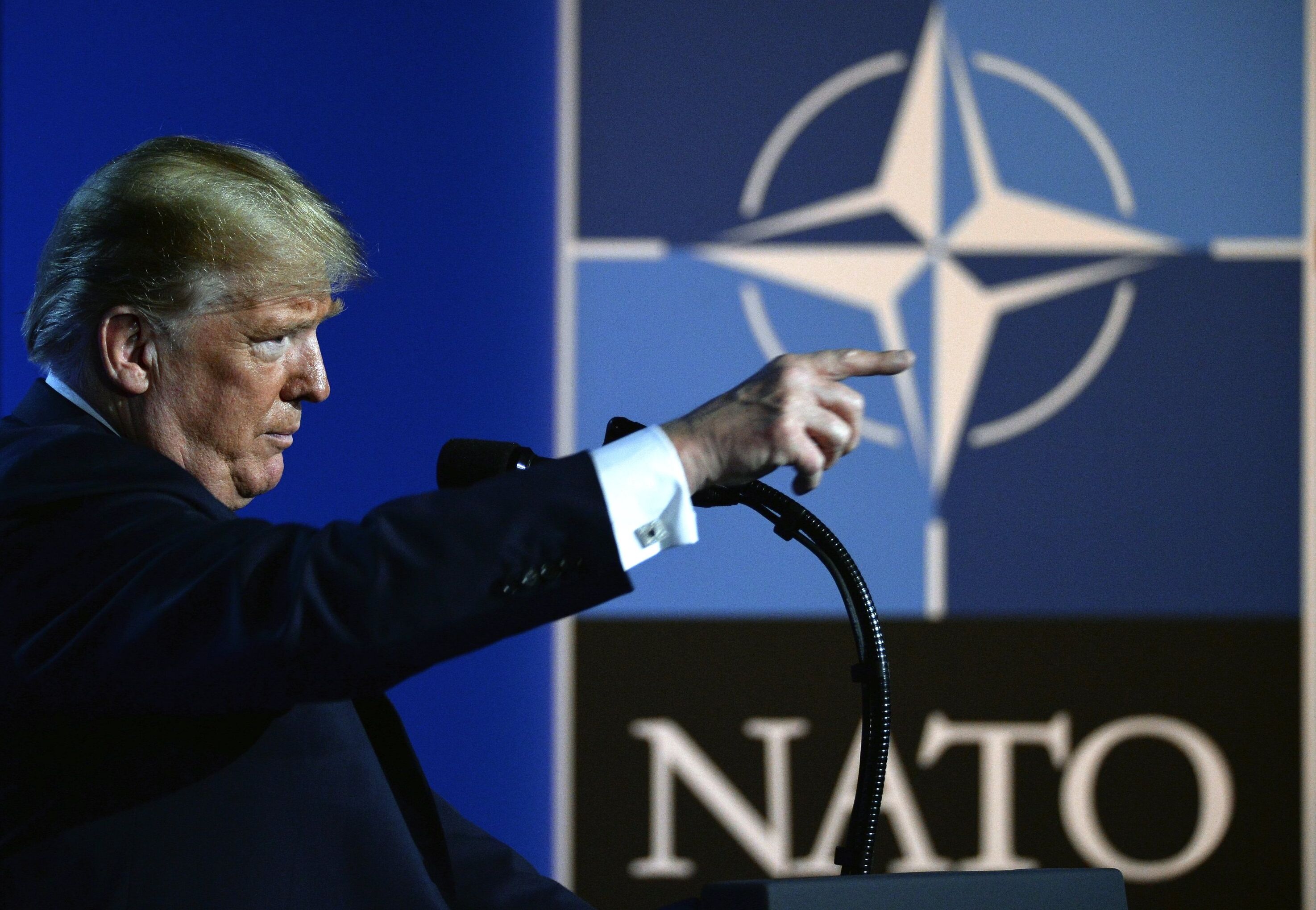 Donald Trump has repeatedly lashed out at French President Emmanuel Macron's suggestion that EU members should work together to create a unified military force.

"Very insulting, but perhaps Europe should first pay its fair share of NATO, which the US subsidises greatly," Trump had said.

Throughout his term in office, Donald Trump has been scaling up his demands of NATO allies, taking key EU states like Germany and France to task for not spending enough on defence. Ahead of his visit, he tweeted to take credit for a recent commitment by NATO Secretary-General Jens Stoltenberg to increase spending levels.

The US President has also been deeply annoyed by French President Emmanuel Macron, who recently told The Economist that "what we are currently experiencing is the brain death of NATO" and that the United States under Trump's leadership appears to be "turning its back on us". 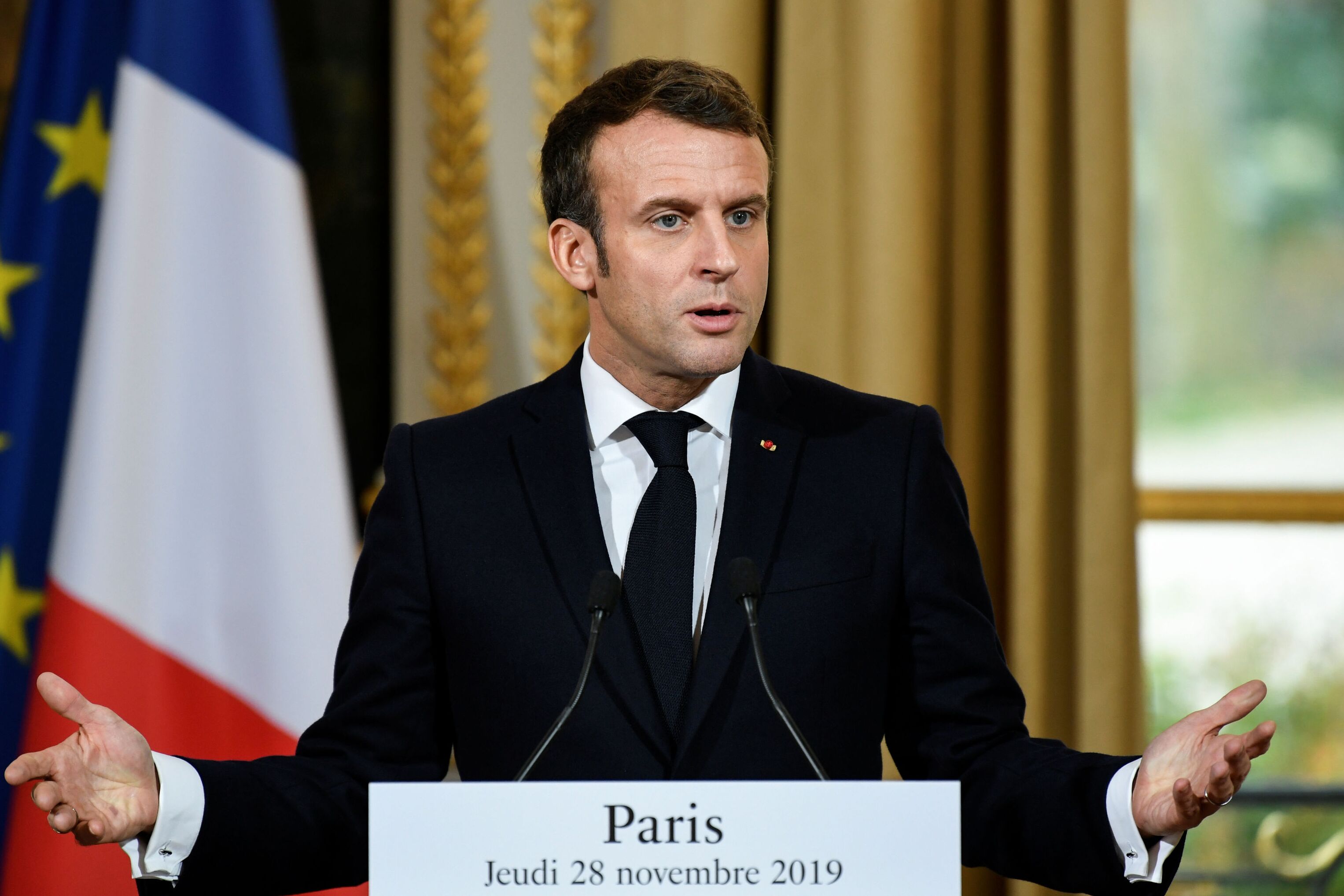 He cited the US failure to consult the alliance before pulling forces out of northern Syria in October, which cleared the way for NATO-member Turkey to push into Kurdish-controlled areas to create a "security zone" along its border.

Fuel has been added to the flames by Turkey’s President Erdogan, who provoked a Franco-Turkish diplomatic rift on Friday by responding to the French President’s earlier statement, claiming it was Macron who was "brain dead" and insisting he would say so again at the summit.

The official meeting of the North Atlantic Council at the level of heads of state and government will take place on Wednesday at the Grove hotel on the outskirts of Watford with a three-hour work session to discuss a range of relevant issues.

The summit will conclude after the final news conference of NATO Secretary-General Jens Stoltenberg.