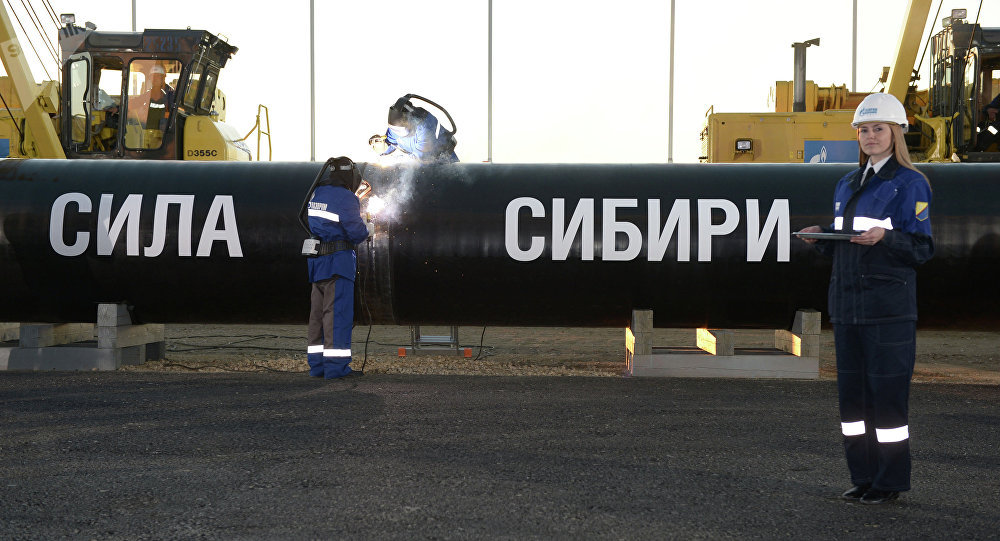 The new gas pipeline of 4,000 kilometers in length will be transmitting gas from the Russian Yakutia to Primorsky Krai in the Far East and also to China.

Russian President Vladimir Putin and Chinese leader Xi Jinping are set to open the new gas pipeline "Power of Siberia" on Monday. The opening ceremony will be broadcast online.

The official ceremony was confirmed by the Chinese Foreign Ministry earlier in mid-November.

The Russian gas giant "Gazprom" agreed on the construction of the pipeline almost twenty years ago.

In 2012, the Russian President authorised the general manager of Gazprom Alexey Miller to start the construction work as soon as possible.

The start of the project, however, was slowed by the differences on the gas prices before the final agreement was struck in May 2014 between the Russian Gas company Gazprom and China National Petroleum Corporation (CNPC) on the creation of a major new pipeline system to supply Russian gas to northeastern China.

As an added bonus, the pipeline will also be able to transport tens of billions of cubic meters more to the domestic Russian market in Russia's Far East.

The 30-year framework contract between Russia and China, signed in 2014, is estimated to be worth $400 billion.

The project's cost includes an investment of the equivalent of about $12 billion for the construction of the pipeline itself, and $6.7 billion more for investment in gas production.

Earlier this year, Gazprom announced ambitious plans to account for over a quarter of China's gas imports by 2035 amid the Asian economy's growing demand for clean energy.

It is also the largest pipeline in the eastern part of Russia.