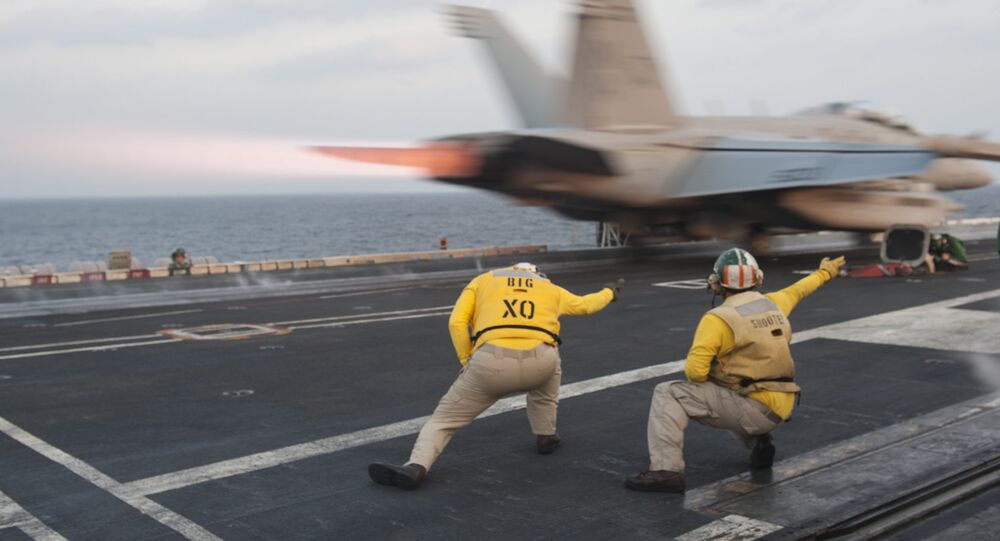 Addressing the country’s senators, an air vice-marshal said that if the US Navy had found itself in a similar situation, the contractor – in this case Boeing – would not have compensated it either.

The specialised version of the F/A-18F Super Hornet jet, which cost Australian taxpayers 85 million dollars, burst into flames while attempting to take off at a US military base in Nevada in 2018. The Australian Defence Force scrapped the aircraft from its service, leaving it with 11 Growler fighter jets in its fleet.

Asked why Canberra won’t be reimbursed for the jet that broke down, not because of a pilot error, but due to technical malfunction, Air Vice-Marshal Greg Hoffman said that the jets had been purchased under a contract that didn’t allow for compensation.

"The US Navy has formally written to us and advised that, unfortunately, and it is very unfortunate—that we can’t get compensated for this. When we lost the Growler, we were not aware of the detailed commercial arrangements", Hoffman told a Senate Estimates Committee.

Senators then grilled defence officials on how it came to be that the Australian Defence Ministry had signed a contract with the United States without looking into the details of it.

Defence Minister Linda Reynolds said that the deal on the supply of Growler jets was signed in 2013 by the previous government led by the centre-left Labour Party and that the incumbent government had to take responsibility for "the terms and conditions of this contract".

Deputy Defence Secretary Tony Fraser told the Senate Estimates Committee that his department had learned a difficult lesson and would review all of its contracts in the future.

At the same time, Air Vice-Marshal Greg Hoffman stressed that the US Navy would have found itself in a similar situation and wouldn’t have been compensated for the loss of equipment by the contractor. "In the aircraft industry, there is a lot of self-insurance that goes on. So the owner and operator holds the liability for the airplanes", he explained.

During Friday’s hearing, Australia’s Defence Ministry delivered another piece of “good” news to senators and taxpayers, saying that the country’s fleet of 72 F-35 fighter jets, worth 18 billion dollars, would also be delivered without warranty.