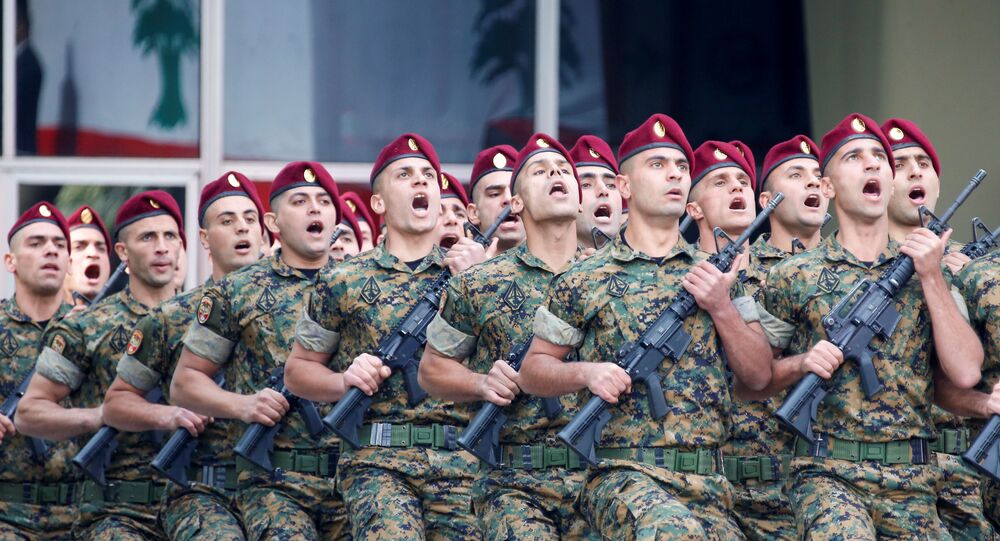 WASHINGTON (Sputnik) - US Senator Chris Murphy on Monday arrived on an unannounced visit to Lebanon to assess American military aid to the country, saying in a statement that the Trump administration cannot withhold any assistance already authorized by Congress.

"I just arrived in Lebanon to see firsthand the efficacy of US aid to the Lebanese military, a force for stability here at an unstable moment," Murphy said via Twitter. "Important: the aid is congressionally mandated. Like the Ukraine aid, by law it cannot be withheld by POTUS [the president of the United States]. Stay tuned for more."

Murphy's visit comes amid reports that President Donald Trump's administration is withholding some $105 million in security assistance to Lebanon that was already authorized by Congress.

According to reports in multiple US media outlets, The White House Office of Management and Budget (OMB) has not given the approval to release the funds, which the Congress allocated for the Lebanese Armed Forces.

The Wall Street Journal reported that the OMB is holding up the aid at the direction of the National Security Council, another department within the White House.

© AP Photo / Hassan Ammar
Anti-government protesters shout slogans in Beirut, Lebanon, Sunday, Oct. 20, 2019. Tens of thousands of Lebanese protesters of all ages gathered Sunday in major cities and towns nationwide, with each hour bringing hundreds more people to the streets for the largest anti-government protests yet in four days of demonstrations.

Lebanon has in recent weeks been rocked by widespread protests that began on 17 October following a government attempt to introduce taxes on WhatsApp voice calls. The demonstrators, demanding an end to corruption and economic reform, forced the resignation of Prime Minister Saad Hariri's government on 29 October.