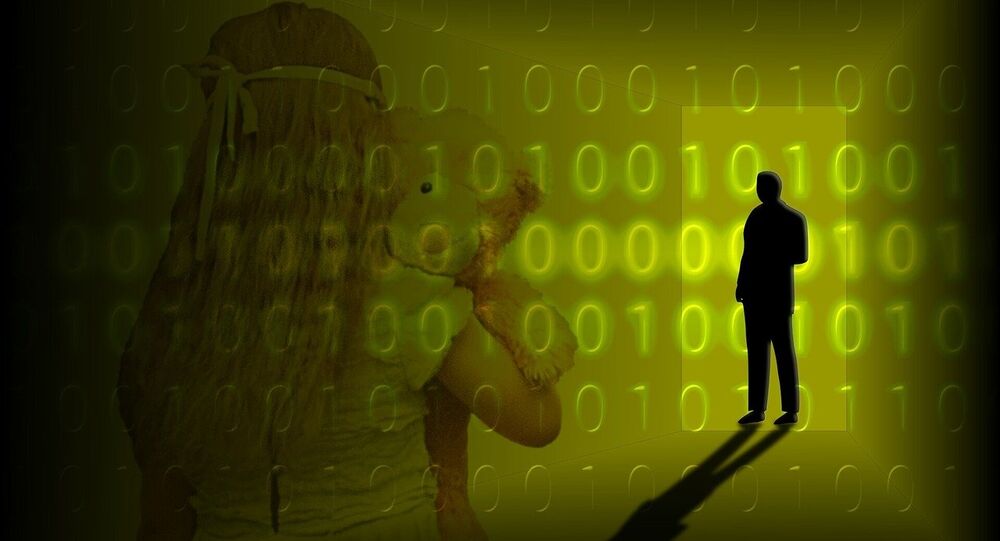 In a newly published report on 21 November, Amnesty International weighed in on tech giant Facebook and Google’s policies, criticising their “surveillance–based business model” which, it argues, is behind human rights violations.

Sir Tim Berners-Lee, a British engineer credited with having invented the World Wide Web in 1989, has launched a global action plan calling on governments and firms to save the internet from abuse, fake news, privacy violations and other destructive forces that threaten the world with a “digital dystopia”.

"If we don't act now — and act together — to prevent the web being misused by those who want to exploit, divide and undermine, we are at risk of squandering its potential for good," Berners-Lee said in a statement released by the WWW Foundation on Monday.

"We're at a tipping point. How we respond to this abuse will determine whether the web lives up to its potential as a global force for good or leads us into a digital dystopia."

“Contract for the Web”

The Contract for the Web, which has been worked on by 80 organisations for more than a year, outlines nine central principles to safeguard the web – three each for governments, companies and individuals.

It calls on governments to ensure users stay connected, with internet access kept available, while respect for privacy rights is ensured.

Regarding companies, the contract urges they render affordable accessibility, with calls to develop web services for people with disabilities and those speaking minority languages.

Respect for people’s privacy and personal data is to be maintained at all time, with companies required to simplify privacy settings by providing control panels where users can access their data and manage their privacy options.

Trust should be built online, and technologies developed that support the best in humanity while challenging the worst.

Companies are also required to consult broad communities before and after they release new products, and carry out risk assessment of their technology as potentially capable of spreading misinformation or otherwise negatively impacting personal wellbeing.

Finally, citizens are called upon to be creators and collaborators, building strong communities and fighting for the web to remain open to everyone, everywhere.

The contract, which is not legally binding, proposes frameworks for national laws that would protect online privacy and personal data.
Published by Berners-Lee’s Web Foundation, it has the backing of more than 150 organisations, ranging from Microsoft, Google and Facebook to digital rights group the Electronic Frontier Foundation.

Those who back the contract must demonstrate they are implementing the principles, or face being struck off the list of endorsers.

"To make the online world a place worth being in, we must all use the Contract for the Web to fight now for the web we want," Berners-Lee said.

Emily Sharpe, the director of policy at the Web Foundation, adds:

“The web’s power to be a force for good is under threat and people are crying out for change. We are determined to shape that debate using the framework that the Contract sets out."

The “Father of the Web” Berners-Lee also defended including Google and Facebook in composing the Contract for the Web as the companies have faced criticism for their data-collecting business models, and their “sensation-rewarding algorithms” were blamed for spreading misinformation and violating user data privacy.

"Having them in the room is really important. We feel that companies and governments deserve equal seats at the table," Berners-Lee said.

Previously, a report from Amnesty International on 21 November accused the tech giants of “enabling human rights harm at a population scale”.

The human rights group said in its 60-page report that by gathering personal data to feed advertising businesses, the two firms carry out an unprecedented assault on privacy rights.

The report urged governments to implement policies that allow people's privacy to be protected, while ensuring access to online services.

Facebook pushed back at the report's conclusions, with Steve Satterfield, the company's public policy director, rejecting the labelling of the business model as "surveillance-based''.

"A person's choice to use Facebook's services, and the way we collect, receive or use data, all clearly disclosed and acknowledged by users, cannot meaningfully be likened to the involuntary (and often unlawful) government surveillance'' described in international human rights law, Facebook said in a 5-page response letter to Amnesty International.

The report by Amnesty International came after Google was found to have acquired the personal health records of 50 million Americans without their consent several weeks earlier.

Recently, the US Department of Health and Human Services' Office for Civil Rights opened a federal inquiry into Google following the revelations about its ''Nightingale'' project gathering millions of patient records across 21 states on behalf of US health care provider Ascension, without the consent or knowledge of doctors and patients.

Google Cancelled Publication of 100,000 Chest X-rays at Last Minute Due To Privacy Problems