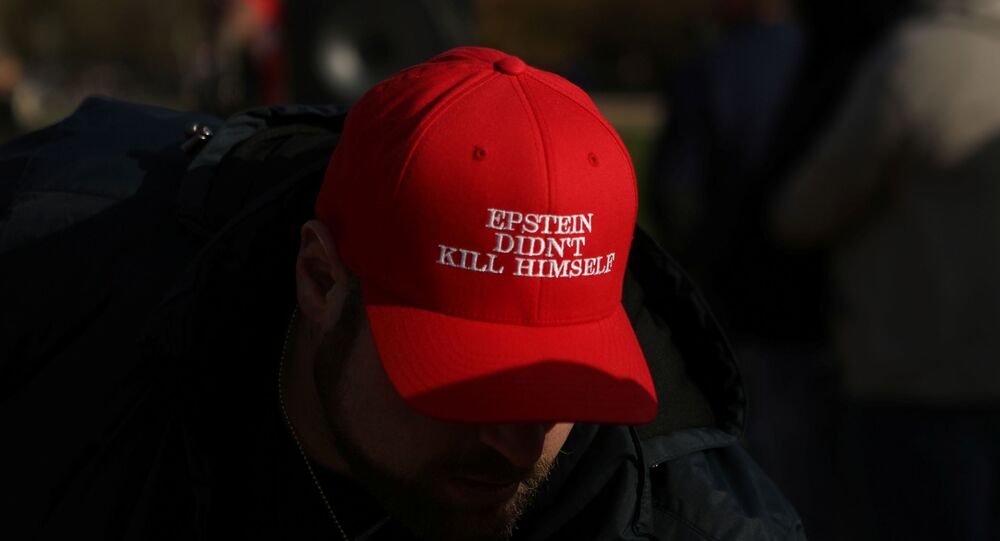 Jeffrey Epstein's longtime lover and associate, UK-born Ghislaine Maxwell, has been in hiding since she reportedly met this summer with Great Britain's disgraced Prince Andrew, who himself is accused by several women of having sexually abused them as part of the American paedophile's alleged sex-trafficking ring.

Maxwell, who is reported to have been Epstein's procurer of young girls, is currently preparing to appear publicly "within days" to defend herself, along with the Duke of York, The Sun reported late on Sunday, citing sources.

Epstein's purported pimp and Prince Andrew are at the epicentre of the ongoing probe against the deceased American paedophile, after a primary piece of evidence emerged earlier this year in the form of a 2001 photograph of alleged sex trafficking victim Virginia Roberts Giuffre, now 35, with the Duke of York’s arm tightly around her waist when she was 17 with Maxwell smiling in the background.

"[Giuffre] maintains that photo of her with Prince Andrew is totally genuine. And it certainly looks genuine to me,” Roberts’ lawyer Josh Schiller said, as cited by The Sun.

The royal family and Prince Andrew have categorically denied involvement in any crime or of having had knowledge of the crimes committed by Epstein. Prince Andrew has reportedly been evicted from his office space at Buckingham Palace by his mother - Queen Elizabeth II - after he dropped out of the public eye amid the ongoing investigation into Epstein's sex-trafficking practices.

“Like Andrew, she has no memory of it [...] Ghislaine thinks there are a lot of problems with the picture and it is very fishy. It is one of very few photos that does not bear a time and date stamp,” a source cited by The Sun said.

The UK-based media outlet reported earlier, citing sources, that the FBI is seeking to question Maxwell over her links to Epstein. Maxwell has not been seen in public since August, five days after Epstein's death in jail.

Another source, cited by the Sun, claimed that “Ghislaine is preparing to speak - whether by talking to the FBI or giving a statement to the media [...] She has to defend herself. She has no option. She will have to address this guilt by association."

Epstein, a convicted sex abuser, had been under investigation for nearly two decades at the time of his suspicious death in custody earlier this year. The convicted paedophile - who has been linked to many wealthy and powerful people, including US Presidents Bill Clinton and Donald Trump - was inexplicably taken off of suicide watch, despite reportedly trying to kill himself just weeks earlier. He was previously sentenced after being convicted as a sex offender and paedophile. Epstein served a light sentence of just 13 months.