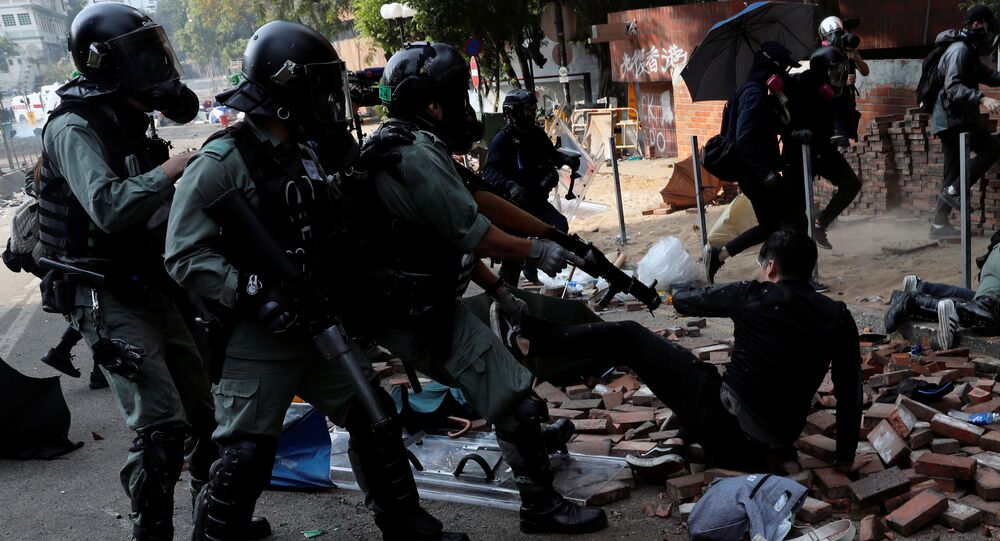 The US House of Representatives on 20 November voted overwhelmingly in favour of measures aimed at supporting pro-democracy protesters in Hong Kong, sending the bills to President Donald Trump for signature. Beijing has condemned Washington for passing the bill.

The United States is the biggest source of instability in the world, Reuters reported, citing senior Chinese diplomat Chinese State Councillor Wang Yi. The diplomat continued on by saying that US politicians are smearing China globally without providing evidence and using statecraft to stifle legitimate Chinese business interests.

The statement comes after the Chinese Foreign Ministry warned the US that its "erroneous actions" would hurt its interests in the autonomous city and urged Washington to stop meddling in China’s and Hong Kong’s internal affairs.

US President Donald Trump is expected to sign the legislation passed in the House of Representatives mandating US sanctions over alleged human rights abuses during protests in Hong Kong. The House passed two bills on Hong Kong on 20 November, a day after the Senate backed them in a vote. The bills seek to impose sanctions on Chinese and Hong Kong officials involved in alleged human rights abuse and ban exports of supplies to the city’s police that could be used to crack down on protesters.

In recent months, activists have roiled Hong Kong with demonstrations requiring that Beijing honour its promise to maintain the territory’s semi-autonomous status for 50 years following Britain’s 1997 transfer of Hong Kong to China.

© REUTERS / Kim Kyung-Hoon
Beijing: Hong Kong High Court Has No ‘Authority’ to Call Mask Ban Unconstitutional
Mass protests, triggered by a now-withdrawn controversial extradition bill, have been ongoing in Hong Kong since early June. The police have detained nearly 4,500 people since then and more than 1,500 residents and 400 police officers have been hospitalised after sustaining wounds in violent clashes.

Fewer people are now taking to the streets after the extradition bill was withdrawn, but the protests remain violent and the demonstrators have expanded their demands.

Beijing has repeatedly claimed that the situation in Hong Kong is a result of foreign interference in China's domestic affairs and expressed full support for the actions of the local authorities.