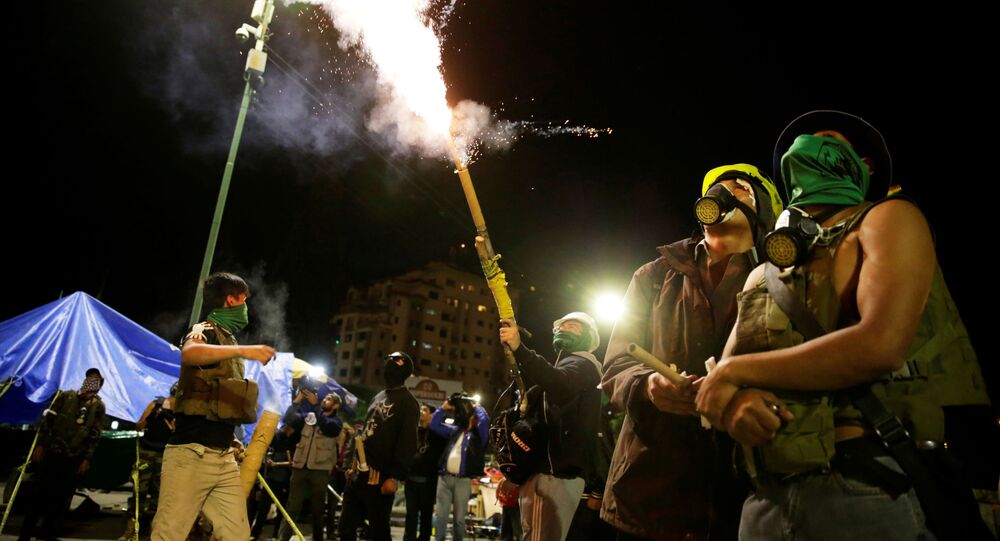 US is Behind Political Crisis in Bolivia - Russian Foreign Intel Head

The violent protests that engulfed the Latin American country earlier this month have led to the resignation of President Evo Morales and a shift in power, with numerous countries refusing to recognise the interim government.

Washington is involved in the violent clashes that led to the change of government in Bolivia in November, Director of the Russian Foreign Intelligence Service (SVR) Sergey Naryshkin stated on Saturday. According to the official, the US needed a crisis in Bolivia to change the nation's policy, adding that the situation will remain rocky for awhile.

He also noted that the crisis was akin to the unrest in Venezuela, stating they belong to the same strategy.

The statement comes amid growing tensions in La Paz, as interim Interior Minister Arturo Murillo announced that a criminal investigation would be opened against ousted President Evo Morales due to the latter's alleged instigation of the protests.

Morales fled Bolivia earlier in November after the military and police refused to support him amid mass rallies against the results of a presidential vote, in which he secured a fourth term in office.

His supporters, however, refused to recognise Jeanine Anez, who was proclaimed interim president following his ouster, so the country is still being rocked by violent protests, resulting in a growing death toll.