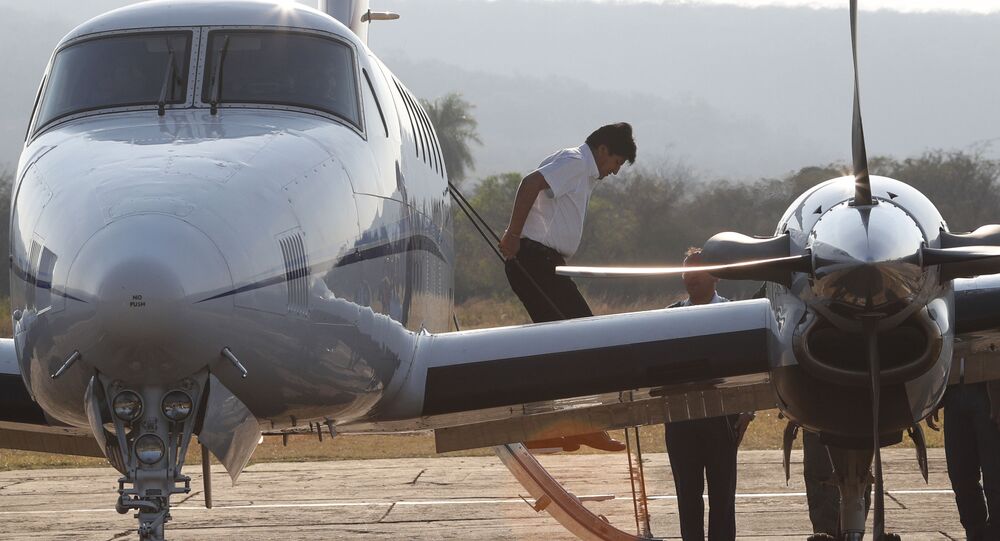 UNITED NATIONS (Sputnik) - Former Bolivian President Evo Morales has not yet reached out to the United Nations to request assistance in returning from Mexico, according to UN spokesperson Stephane Dujarric.

"No, I am not aware of any specific request", Dujarric said on Wednesday, responding to whether the organization had been asked to provide for such help.

Earlier in the day, Morales asked international mediators for assistance in returning from Mexico, where he was granted political asylum, to Bolivia.

However, the opposition refused to accept the vote results, citing alleged irregularities in the vote-counting process, which were subsequently confirmed by the Organization of American States.

As a result, he resigned the same day and left for Mexico after being granted political asylum. Bolivia's highest-ranking officials resigned as well.

Meanwhile, Jeanine Anez, the opposition deputy speaker of the upper house, declared herself the country's interim president. The Bolivian Constitutional Court has recognized her claim as legitimate.