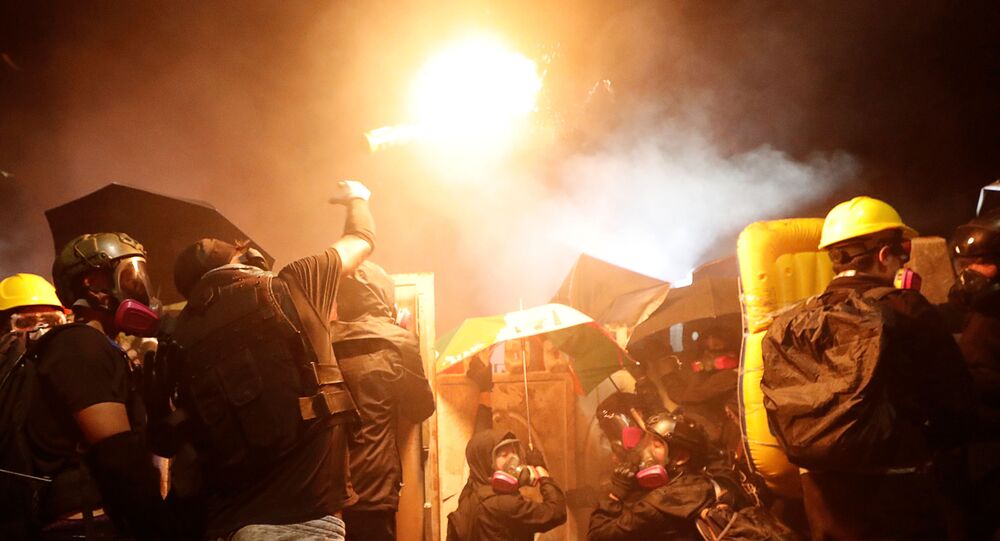 The US Congress has passed a pair of bills aimed at supporting protesters in Hong Kong. One bill condemns the police crackdown on the protests, and the other bans the export of certain munitions to the semi-autonomous region.

Approved unanimously by the Senate a day prior, the House voted for the two bills by a 417-1 margin.

A source "familiar with the matter" told Reuters Wednesday evening that US President Donald Trump was expected to sign, but gave no indication as to when.

​When news of the first bill passing the Senate made its way to the New York Stock Exchange on Tuesday, the markets responded negatively, CNBC reported.

The Hong Kong Human Rights and Democracy Act of 2019 was introduced in June, shortly after the protests in Hong Kong began, and would require the US Secretary of State to annually re-certify the city's special status under the 1992 Hong Kong Policy Act. That act, passed five years before the British Empire returned Hong Kong to Chinese control, allowed the US to continue to treat Hong Kong as a separate entity from China with regards to trade and travel policies.

The bill also provides for sanctions against individuals "responsible for human rights violations" in Hong Kong.

Beijing has long opposed the Hong Kong Policy Act as a violation of its sovereignty, and its position remains unchanged with the 2019 act as well.

The second bill bans the export of items such as tear gas, pepper spray, rubber bullets and stun guns to Hong Kong - weapons the city's police have used against protesters amid attacks against police and civilians alike with metal rods, stones, lasers, and petrol bombs.

The protests began amid alarm about an extradition bill being considered by the Hong Kong government in June. The bill would have provided for a means of extraditing accused criminals for trial to and from mainland China.