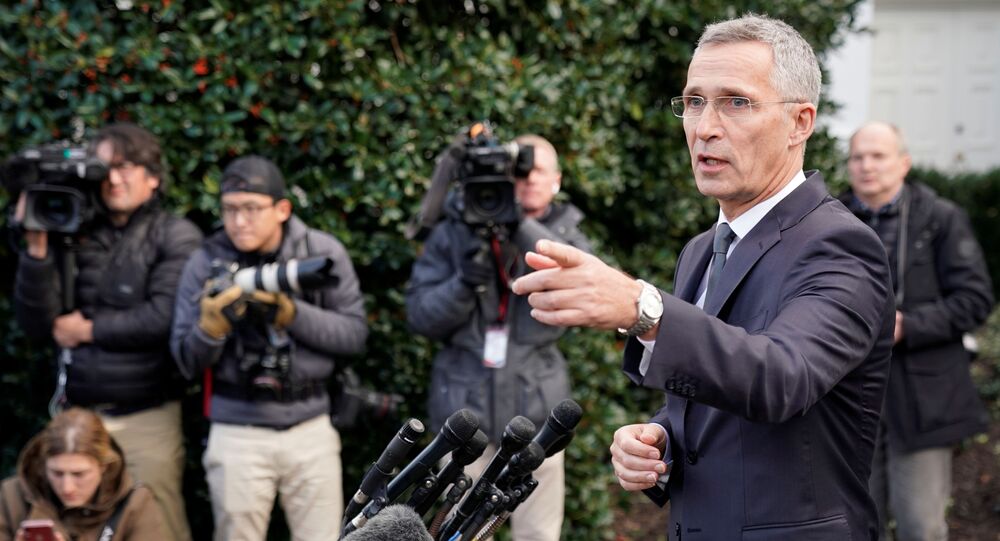 Earlier in the day, NATO foreign ministers had a meeting in Brussels to address final preparations for a summit in London, slated to be held on 3-4 December, as well as several other pressing topics.

US Secretary of State Mike Pompeo is holding a press conference after NATO foreign ministers' meeting in Brussels.

During the meeting in Brussels, the ministers were expected to recognise space as an official operational domain in addition to air, land, sea, and cyberspace. The diplomats also discussed NATO's role in countering global terrorism and hybrid threats.

Topics including Russia, China, energy security as well as the future of arms control were also on the meeting's agenda.