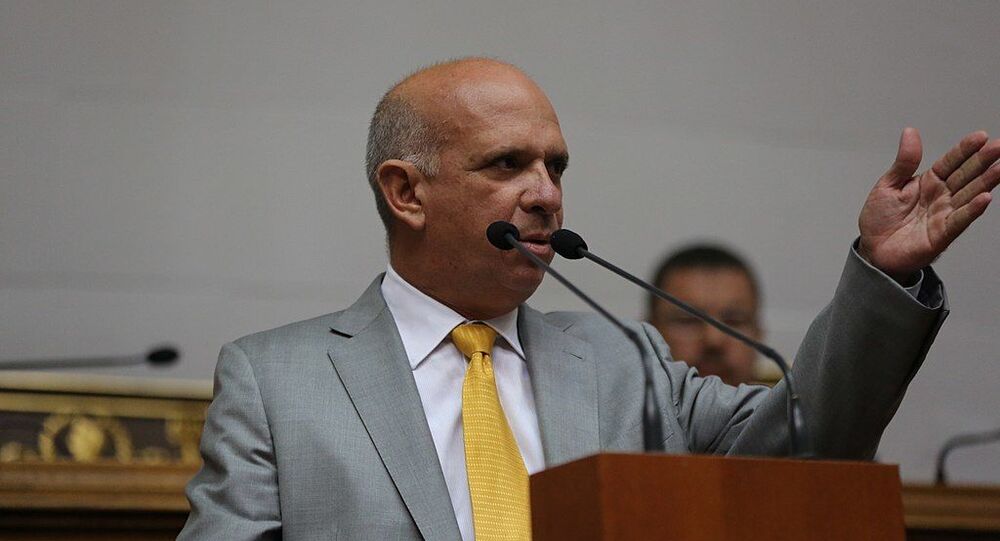 Spain Says It Will Extradite Former Venezuelan Intelligence Chief to US

The former Venezuelan intelligence chief Hugo Carvajal is accused of drug trafficking in the US.

Spain's High Court has said that it will extradite the former Venezuelan intelligence chief to the United States.

There was "sufficient evidence to justify the extradition," the court's ruling said as quoted by Reuters.

According to the agency, it also said there was "continued and organised conduct in relation to drug trafficking carried out during 20 years that... constitutes the crime of belonging to a criminal organisation and collaboration with a terrorist organisation."

Carvajal, who worked as the intelligence chief with both late Venezuelan President Hugo Chavez and incumbent President Nicolas Maduro, has been missing since the Criminal Chamber of the Spanish National Court approved his extradition to the US earlier this month. Police confirmed that they were searching for him.

The US had previously asked Spain to extradite Carvajal, claiming that he had cooperated with the Revolutionary Armed Forces of Colombia (FARC) to smuggle cocaine into the US. Under an indictment filed in New York in 2011, Carvajal is accused of smuggling over 5 tons of cocaine to Colombia from where it was later delivered to the US. According to the Office of Foreign Assets Control of the US Department of the Treasury, Carvajal allegedly helped FARC to avoid the cargo from being seized and provided the leftist rebels with weapons and Venezuelan government ID's. Carvajal denied the US accusations.

The retired intelligence chief was arrested by the Spanish police in April at the US request. However, in September the Spanish Superior Court denied his extradition request and ruled that Carvajal must be released.