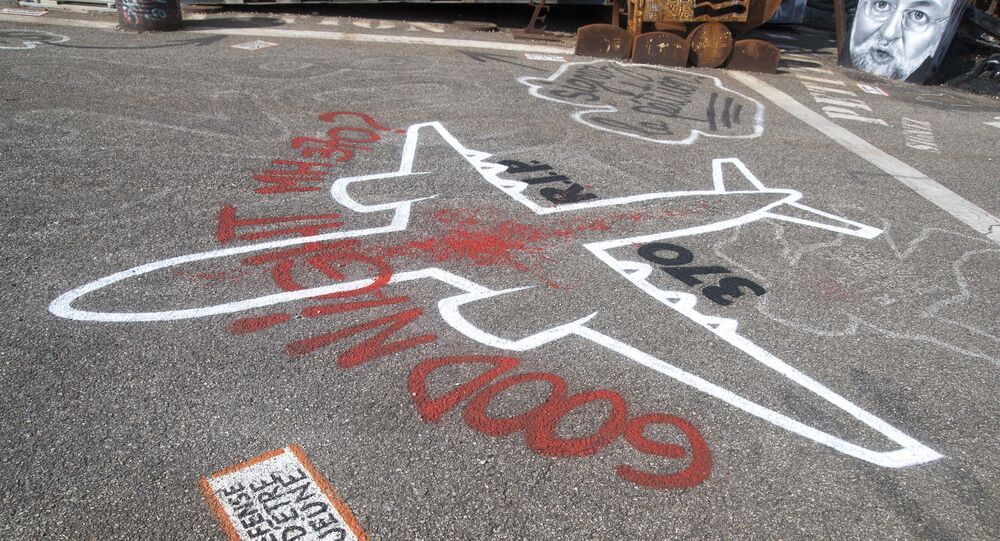 Five and a half years on, no one appears to know for sure what happened to flight MH370. Claims that it crashed in the Cambodian jungle contradict satellite data showing that the plane flew toward the southern part of the Indian Ocean before it finally disappeared.

An MH370 wreck hunter claims what he believes to be the wreckage of MH370 is still visible on Google Earth, years after he first spotted it.

Ian Wilson, a British video producer, first discovered the purported remains of the doomed Boeing last year. Google Earth and Google Maps do show a plane-shaped object in the jungle south of Cambodia’s capital, Phnom Penh, but critics suggested it was more likely to be an aircraft photographed by a satellite mid-flight.

Debunking that suggestion, some online sleuths claimed they saw the “remains” of MH370 in imagery dated both 2017 and 2015.

“I’m on Google Earth a lot, it’s part of my job, I've seen planes when I’m doing my own job and they are nothing like that,” Wilson told the Daily Star.

“You can’t go to a hill and go, oh look the plane is flying on a hill, it looks like it's glued to the hill with its tail attached.”

Wilson said: “You can see on Google Maps the areas around it, blocks of where it's been updated, and this particular part apparently hasn’t, I don’t know if that makes it more or less suspicious.”

He pointed out that “you would have thought [Google] would have done that (update the imagery).”

Wilson embarked on a ground mission in Cambodia last year to prove his hypothesis that the pictured plane is MH370, but was forced to retreat because the inhospitable jungle appeared to be too dangerous. He now wants to give it another try.

© Photo : Screenshot/Google Earth
The outline of a plane which Ian Wilson claims to be the remains of MH370 in Cambodian jungle

Malaysia Airlines flight MH370 with 239 people on board disappeared from radar screens on March 8, 2014 en route from Kuala Lumpur to Beijing while in the airspace between Malaysia and Vietnam.

After years of unsuccessful searching, the Malaysian government admitted last July that they did not know what happened to the plane. The most widespread assumption is that the Boeing crashed into the ocean after running out of fuel; the explanations behind that theory range from a sudden depressurisation to a suicidal pilot.

Several pieces of the plane’s debris have been found across the Indian Ocean, debunking Wilson’s theory that it went down in Cambodia (there is a possibility, however, that some of the pieces broke off during the flight).

Analysis of satellite data tracked MH370’s final electronic “handshake” to the southern Indian Ocean west of Australia. But extensive underwater search in that area has yielded no results either.