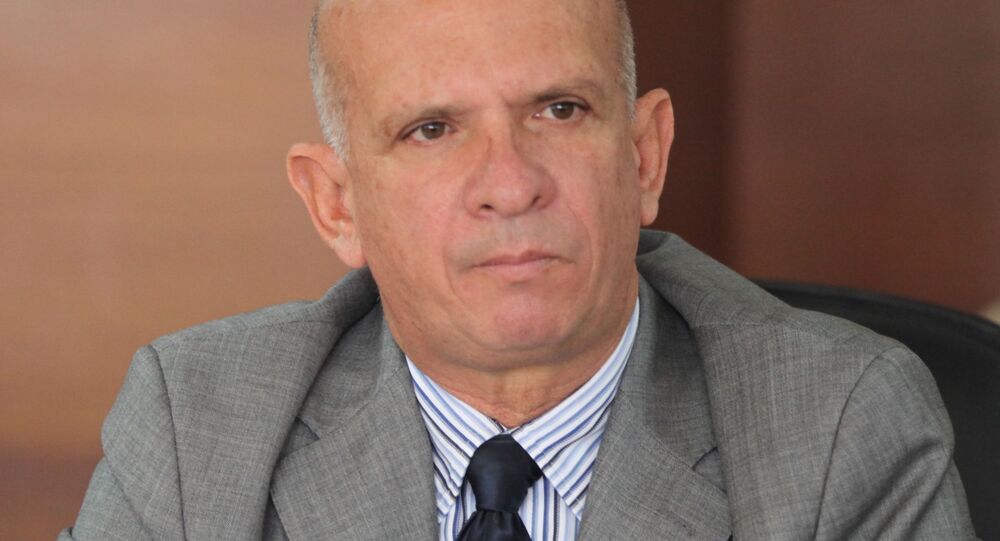 In its extradition request to Spain, the US claimed that Hugo Armando Carvajal, who worked as the intelligence chief with both deceased Venezuelan President Hugo Chavez and incumbent president, Nicolás Maduro, intended to "flood" the US with cocaine by cooperating with Colombian guerilla forces.

Spanish police are searching for former Venezuelan intelligence chief General Hugo Armando Carvajal, who has been missing since Friday after a court ruled to extradite him to the US.

"They are currently looking for him”, a spokeswoman for Spain's national police said.

Comment on the disappearance, Carvajal's lawyer Maria Dolores said that she didn't know his whereabouts, adding that her client had "not been informed" about the arrest.

On Friday, the Criminal Chamber of the Spanish National Court ruled to extradite Carvajal after the Third Section of the same court rejected that extradition request on 16 September.

© REUTERS / Carlos Garcia Rawlins
Ex-Venezuela Intel Chief Slammed as 'CIA Spy' by Maduro, Claims Trump Said 'No' to Request to Lift Sanctions
The US earlier asked Spain to extradite the former intelligence chief, claiming that he had allegedly cooperated with the Revolutionary Armed Forces of Colombia (FARC) to smuggle cocaine into the US.

According to a 2011 indictment filed in New York, Carvajal was accused of smuggling more than 5.6 tonnes of cocaine to Colombia, later destinated for the US.