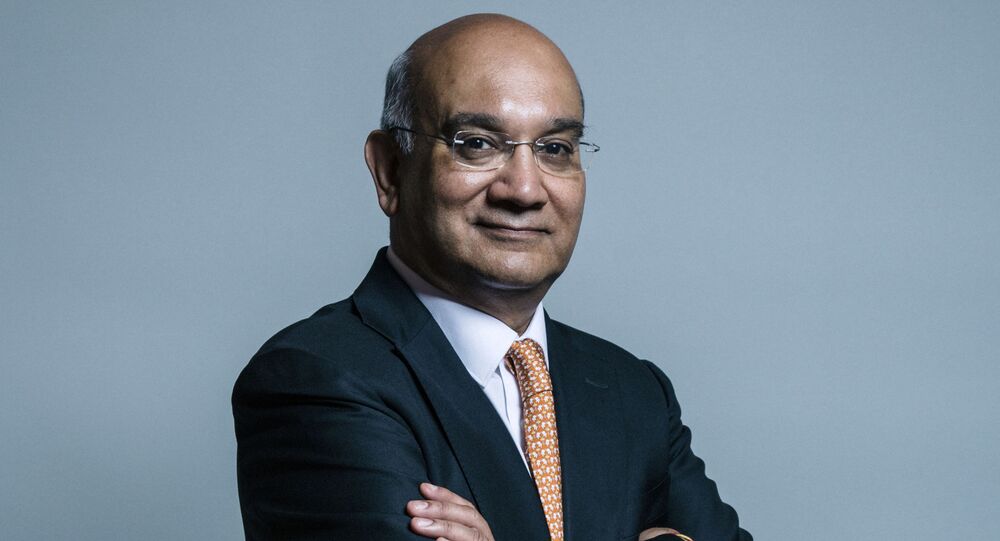 Keith Vaz Finally Steps Down as Labour MP After Cocaine and Sex Scandal But Who Will Replace Him?

Keith Vaz has been the Labour MP for Leicester East, a constituency with a large South Asian population, since 1987. Vaz, who had a majority of 22,000 at the last general election, has decided not to stand again at the 12 December poll.

The starting gun has been fired for a frantic race to succeed Keith Vaz, the former chairman of the Home Affairs Select Committee, who has given up his safe Labour seat in the East Midlands.

Vaz went into hospital last month only hours after a parliamentary watchdog recommended he be suspended for six months over allegations he invited male prostitutes to his apartment and offered to buy them cocaine.

The House of Commons Standards Committee said Keith Vaz, 62, committed a "very serious breach" of the code of conduct for MPs.

Keith Vaz is leaving politics to spend more time with his unexplained wealth.

​In August 2016 the Sunday Mirror ran a front page story based on a sting operation in which two male prostitutes from Eastern Europe recorded an encounter with Vaz at an apartment in north London.

Vaz, who is married and was at the time the chairman of the Home Affairs Select Committee which was probing government drug policies, has always denied it was a sexual encounter.

But his account of the meeting - which took place at 11.30pm on a Saturday night - was greeted with hoots of derision and outright mockery on social media.

I understand Keith Vaz has announced he is standing down as an MP to become a washing machine salesman. Every customer receives a free box of the white stuff called ‘Vaz’.

​The former Europe minister told the men he was a washing machine salesman called Jim and claimed later he thought they were decorators and had invited them to the apartment to discuss decorating it before he and his wife Maria could move in.

​But on Sunday, 11 November, Vaz put out a statement saying: “I have decided to retire after completing 32 years as the Member of Parliament for Leicester East. In that time I have won eight general elections. It has been an honour and a privilege to serve my constituency since I came to the city in 1985. I want to thank the people of Leicester East for their absolute loyalty and support.”

Labour Party leader Jeremy Corbyn described Vaz as having “made a substantial and significant contribution to public life” by helping to “pave the way for more BAME (Black and Minority Ethnic) people to become involved in politics.”

Keith Vaz’s conduct was exemplary, according to Labour leader Jeremy Corbyn - who also thinks that President Maduro of Venezuela is a great leader and doing a good job for his people.

​Remarkably Vaz’s local consituency party in Leicester East had stood by him and tweeted their support for him continuing as their MP even after the standards watchdog published its damning report.

But now he has gone the race is on to find another Labour candidate before Thursday’s deadline.

Among those in the running are Katy Clark, one of Jeremy Corbyn’s aides - who recently lost out in the selection race to replace Kate Hoey in Vauxhall - and a former Labour MP in Scotland, former BBC journalist Paul Mason, Momentum’s national co-ordinator Laura Parker and former Leicester City Council leader Ross Willmott.

But there is strong speculation that Labour will draw up a BAME shortlist, which could open the door for Leicester-born Claudia Webbe, another Corbyn supporter who sits on the National Executive Committee.

But huge expectation that it will be a BAME shortlist 👇 https://t.co/aXEH9czvak

​The constituency has a very high number of Asian voters, primarily of Indian origin, and the constituency would probably favour local councillors Piara Singh Clair or Rashmikant Joshi.

Last year Joshi was cleared of corruption allegations after The Times newspaper claimed he had used his influence to push through planning applications.

Joshi said at the time he was "devastated" by the "totally untrue" accusations.

Whoever takes over as the Labour candidate they are almost certain to win.

Keith Vaz now disgraced, was the final vote that had Chris Williamson suspended, leading to him quitting the party! How can somebody who we now know retrospectively wasn't a fit and proper person, be allowed to pass judgment on a colleague? The vote surely must be deemed invalid!

​Vaz, a former solicitor in London, became MP for Leicester East in 1987 and has retained the seat ever since.

The Conservatives have chosen Bhupen Dave, a councillor in nearby Oadby, as their candidate and the Liberal Democrats have opted for Nitesh Dave, who is not believed to be a relative.

Also standing will be the Brexit Party’s Jack Collier and Sanjay Gogia, an independent who is seen as a bit of a maverick.

Vaz, who is independently wealthy and owns several properties, is a member of Labour’s National Executive Committee and has remained close to Jeremy Corbyn despite his past as a Blairite junior minister.

Just had my washing machine repaired by #KeithVaz, he said he'd have a look at my hover as well. The hover has been acting funny since he left. pic.twitter.com/XIhZ9zZrCd