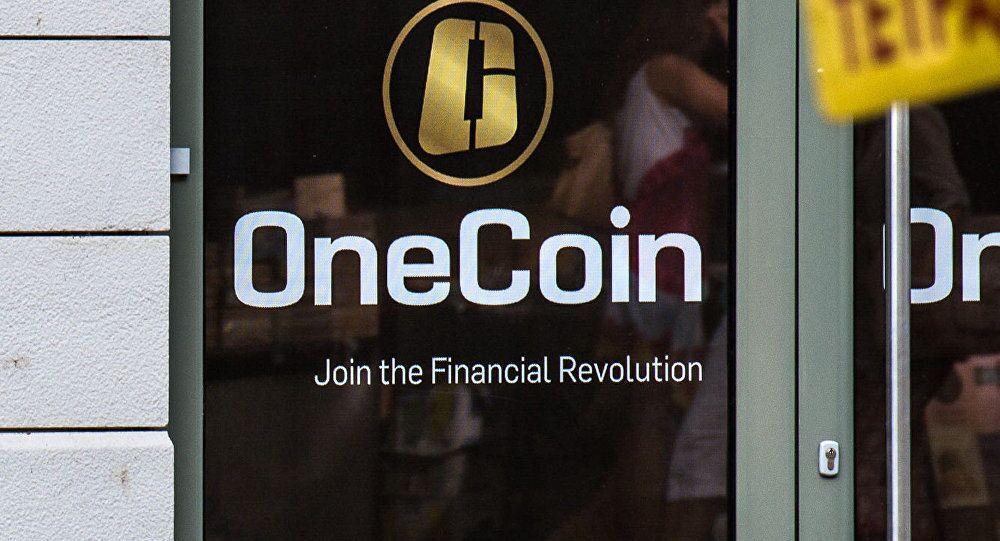 Cryptocurrency ‘Scam’ Revealed in US Trial But Why Has EU Not Taken Action Against OneCoin?

Bitcoin is the world’s most famous cryptocurrency but it has many imitators, one of which is OneCoin, which has been exposed as a scam in a popular podcast. Why is OneCoin still trading and why has the European Union and the Bulgarian government taken no action against it?

US lawyer Mark Scott, 51, from Florida, has gone on trial in New York accused of setting up a string of offshore bank accounts and shell companies to hide US$400 million from OneCoin, a cryptocurrency which has been accused of being a giant Ponzi scheme.

The main witness against Scott is Konstantin Ignatov, one of the founders of OneCoin, which is based in the Bulgarian capital Sofia.

Ignatov, who was originally facing charges himself, is the brother of Dr Ruja Ignatova, who was the public face of OneCoin until October 2017 when she vanished into thin air.

​OneCoin has been the subject of a BBC podcast series - The Missing Cryptoqueen -  which has been downloaded by more than a million people since it launched in September.

The podcast claims OneCoin was essentially a pyramid scheme whereby investors were encouraged to put their money into a fund with the promise that they would one day become extremely wealthy, like those who invested in Bitcoin when it first launched a decade ago.

But unlike Bitcoin, OneCoin did not have a blockchain and was therefore a financial mirage.

Jamie Bartlett, the journalist who presents The Missing Cryptoqueen, claims 15 billion euros has been invested in OneCoin, much of it from individuals in China.

But thousands of people in Britain and across Europe have also been taken in by OneCoin and the company also recruited a lot of investors in African countries like Uganda, where word spread like wildfire.

The BBC podcast series discovered many British Muslims invested in OneCoin after being assured by imams it was “halal” because it did not involve usury, which is forbidden by the Koran.

​The company has promised it is almost ready to exchange investors’ OneCoin for euros, dollars and other currencies but has repeatedly delayed this moment, blaming technical and regulatory issues.

But Konstantin Ignatov’s evidence at Scott’s trial in Manhattan would appear to have blown the whistle on the scam.

Scott made millions of dollars working for OneCoin and was able to buy three Porsches, several homes in Cape Cod, Massachusetts and a large yacht.

But Assistant US Attorney Julieta Lozano told the jury on Tuesday, 5 November: “The scheme raked in billions of dollars in dirty money. It was the defendant’s job to clean that money.”

​Ignatov, 33, was arrested by the FBI at Los Angeles airport in March this year after a joint investigation by the bureau and the US Internal Revenue Service (IRS).

The US indictment charged him and his fugitive sister - who was last seen getting on a plane from Sofia to Athens - with wire fraud, securities fraud and money laundering.

Manhattan US Attorney Geoffrey S. Berman said:  “As alleged, these defendants created a multibillion-dollar ‘cryptocurrency’ company based completely on lies and deceit.  They promised big returns and minimal risk, but, as alleged, this business was a pyramid scheme based on smoke and mirrors more than zeroes and ones.”

​According to the US indictment, internal emails made it clear the price of OneCoin was not being set by supply and demand but was manipulated internally.

Ignatova, 38, reportedly discussed “exit strategies” with a OneCoin colleague and floated the idea to "take the money and run and blame someone else."

But why have the US authorities been taking the lead in prosecuting a company based in Bulgaria and why has the European Union not taken any action to shut down OneCoin’s website or attempt it to stop recruiting new investors?

One of the British victims - Jen McAdam, from Glasgow, who invested 10,000 euros and persuaded friends and relatives to invest 250,000 euros - tried to get the City of London Police to investigate OneCoin and its UK representatives.

The City of London Police spokesman said: “We’re aware that some OneCoin personnel have attempted to use this to legitimise the company, though the force has never specified that there has been no concerns surrounding OneCoin. The City of London Police share the same belief as foreign law enforcement partners as to the legitimacy of OneCoin. The force has provided assistance to foreign law enforcement partners in respect of their investigations concerning OneCoin personnel and will continue to do so.”

​The police spokesman added: “We have advised the investors with whom we have interacted with to contact the relevant law enforcement organisations directly. The City of London Police has previously put out several alerts, along with the FCA, in relation to investments in cryptocurrencies that have been identified as potentially fraudulent. In keeping with our proactive efforts to ensure the public are well-informed and to help them avoid falling victim, we will continue to receive complaints and deal with these accordingly.”

​Despite Ignatova being a fugitive from justice in the US, Interpol has not issued a red notice as it sometimes does when a fugitive is wanted globally.

OneCoin has denied it is running a scam and claims the BBC podcast series “cannot be considered objective, nor unbiased" and is based on the testimony of what it calls “haters”.

OneCoin says: "Our partners, our customers and our lawyers are fighting successfully against this action around the globe and we are sure that the vision of a new system on the basis of a 'financial revolution' will be established."

Kinda feel like quitting my job and just going on a hunt to find Dr Ruja myself, this is driving me craaaazy!! Where is she?! 😫🤯 #themissingcryptoqueen

​Scott’s trial is expected to last several weeks but he maintains his innocence.

Ignatova’s whereabouts remain a mystery with theories having been put forward that she is in London, Frankfurt, Athens, Romania, Russia or Dubai and there is a widespread belief among OneCoin victims that she has undergone plastic surgery to disguise herself.