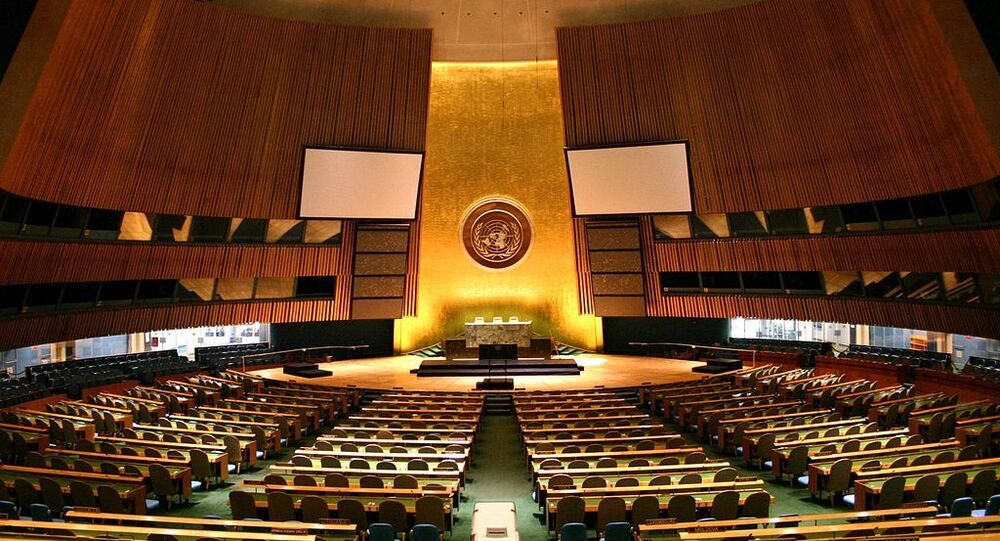 UNITED NATIONS (Sputnik) - The draft resolution calling for the end of the United States’ economic blockade against Cuba has been adopted by the United Nations General Assembly on Thursday.

The document dubbed "Necessity of Ending the Economic, Commercial and Financial Embargo Imposed by the United States of America Against Cuba" passed by an overwhelming majority of 187 states voting in favour.

Brazil decided to vote against the draft resolution, while Colombia and Ukraine abstained from voting.

Russian Deputy Foreign Minister Alexander Pankin pointed out during a UN General Assembly session on 6 November that the US blockade has already amounted to more than $922 billion in economic damage to Cuba while obstructing the Cuban citizens’ right to a dignified life and embracing their own socio-economic development.

The United States first imposed an arms embargo on Cuba in 1958. The ban was complemented by the introduction of restrictions in various other sectors, including sanctions on financial transactions, trade and travel.

However, current President Donald Trump toughened the policy once he came to power in 2016, restricting travel, boosting the economic embargo and imposing sanctions on Raul Castro, Cuba's Communist Party leader, over alleged human rights violations and for supporting the Venezuelan leadership.