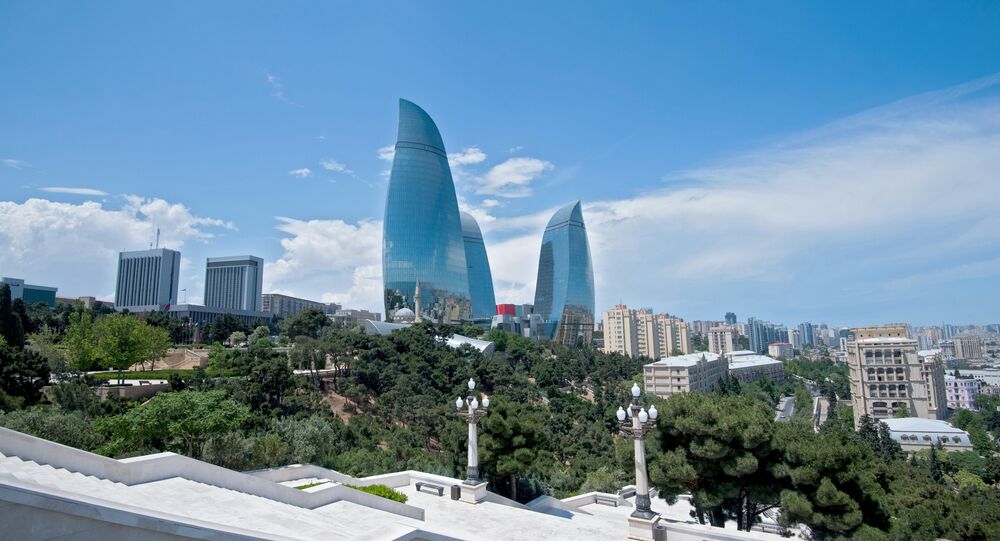 BAKU (Sputnik) - The Foreign Ministry of Azerbaijan on Wednesday summoned Russian Ambassador Mikhail Bocharnikov to hand him a protest note over the visit of the self-proclaimed Nagorno-Karabakh Republic's foreign minister, Masis Mayilian, and minister of culture, Lernik Hovhannisyan, to Moscow.

"At the meeting, the MFA’s note of protest with regard to the visit of Masis Mayilyan and Lernik Hovhannisyan, the 'representatives' of the illegal regime created in the Nagorno-Karabakh region of Azerbaijan currently occupied by Armenia was handed over to the Russian Ambassador. The note says that meetings of the so-called "representatives" of the illegal entity created in the occupied territories of Azerbaijan with a number of Russian experts and fellows from academic centers serve to attempts undertaken by Armenia for almost 30 years to continue the occupation of the Azerbaijani territories and to consolidate status quo in the occupied territories," the Azerbaijani Foreign Ministry ministry said in a statement.

Mayilian and Hovhannisyan were in Moscow on a short working visit to attend cultural events on the occasion of the Artsakh Culture Day in Moscow on Sunday and meet with representatives of the Russian expert and academic centres on Monday.

Last Friday, Baku summoned US Ambassador in Azerbaijan Earle Litzenberger to hand him a protest note over the visit of Mayilian to the United States last week.

© AFP 2020 / KAREN MINASYAN
Next Nagorno-Karabakh Settlement Talks to Be Held in January - Azerbaijani FM
In February 1988, the overwhelmingly Armenian Nagorno-Karabakh autonomy expressed will to leave the Soviet Azerbaijani Republic citing its right for self-determination under Soviet law and proclaimed independence in 1991. Azerbaijan, in retaliation, launched an offensive and lost control over the territory of Nagorno-Karabakh and several other areas around it.

Since 1992, peace in Nagorno-Karabakh has been mediated by the Organization for Security and Co-operation in Europe Minsk group. Azerbaijan insists on retaining its territorial integrity, while the interests of the self-proclaimed Nagorno-Karabakh Republic, which is not an official party to negotiations, are represented by Armenia. In 1994, a ceasefire agreement was reached. However, occasional shelling and clashes on the border have been ongoing, with a major escalation in April 2016.