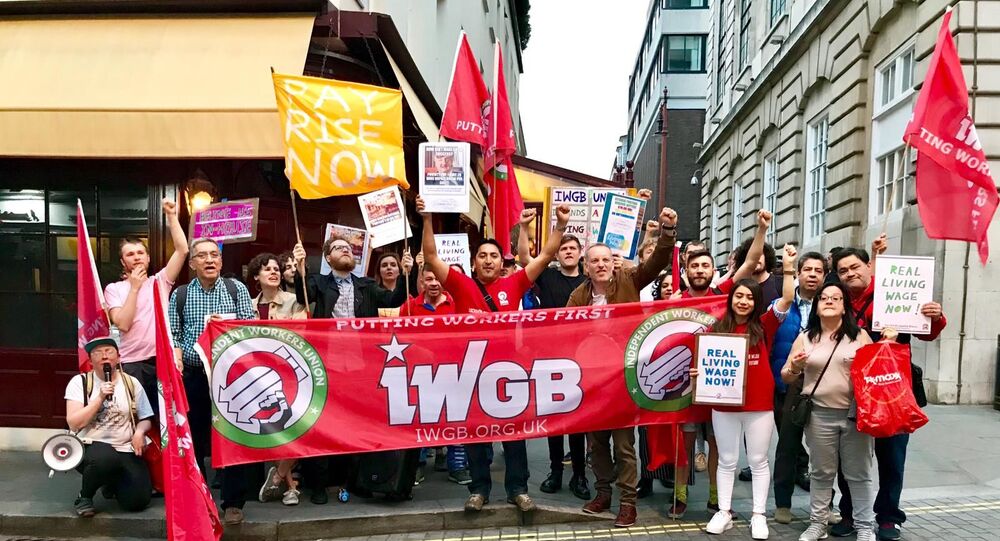 Workers at a club owned by a millionaire Brexiteer, who is also a strong supporter of the UK's Tory Prime Minister, have voted to go on strike to demand a living wage and proper occupational sick pay.

The kitchen porters are demanding a pay rise to match that set by the London Living Wage Foundation, which is £10.55 per hour. They claim that the club can more than afford to make this pay increase.

Business man and Eton graduate Robin Birley first established the highly exclusive club in 2012. The club, located at 5 Hertford Street, is in Mayfair, an affluent area of West London, which boasts some of the most expensive property in the UK. Birley's connections to the right-wing of the Tory party as well as to anti-EU membership run deep. He once donated £250,000 to the anti-immigrant United Kingdom Independence Party (UKIP), and has also recently donated £20,000 to UK Prime Minister Boris Johnson.

Pro-Brexit campaigner Andrew Wigmore once referred to 5 Hertford as 'Brexit Headquarters', owing to the number of key anti-EU figures like UKIP/Brexit Party founder Nigel Farage and Leave.EU co-founder Richard Tice present at the club at the time:

The staff at "Brexit HQ", who perhaps ironically are themselves all immigrants, are also demanding "proper occupational sick pay", according to the Independent Workers Union of Great Britain (IWGB), which is supporting the strike.

According to a statement from the IWGB:

"The porters are on the statutory minimum sick pay, so they get no money at all the first three days they are off work with an illness and then are only paid £94.25 per week. This means many of them are forced to work while they are ill, just to be able to pay their rent and keep the lights on."

A spokesperson for the IWGB said that responsibilities of the kitchen porters include:

Part of an Ongoing Struggle

This latest call for industrial action by the kitchen porters is part of a running despite which has seen the workers' hourly rate raise from £8.65 in May to £9 in June and then £9.50 per hour in November.

According to the IWGB:

"The union also managed to force the club to reverse a decision to outsource the workers to facilities management company Act Clean and to suspend a number of workers on trumped up charges, following a petition that was signed by almost a thousand people. The kitchen porters were briefly working for outsourcing company Act Clean between June and September 2019."

While the membership fee is not known, annual membership at 5 Hertford Street can reportedly set a person back £1,800.

"We are bemused by the IWGB's attempt to persuade the tiny proportion of 5 Hertford Street staff it represents to go on strike. We already pay our kitchen porters £9.50 an hour – well above the minimum wage – and that pay rate will increase to the voluntary London Living Wage of £10.55 at the start of 2020. When their pay reaches that level, we will be one of a tiny proportion of London restaurants paying their kitchen porters the [London Living Wage]. On top of that, we also offer a wide range of staff benefits which go well beyond legal requirements: 25 days holiday (plus bank holidays and an additional day off for birthdays), private medical insurance, free hot meals, complimentary access to a private GP, monthly appointments with a chiropodist and a masseuse, and a Christmas bonus equivalent to one week's pay."

"On the basis of this package, which is so well above the industry norm, we can only imagine that the IWGB has selected 5 Hertford Street for attention for PR and political purposes".