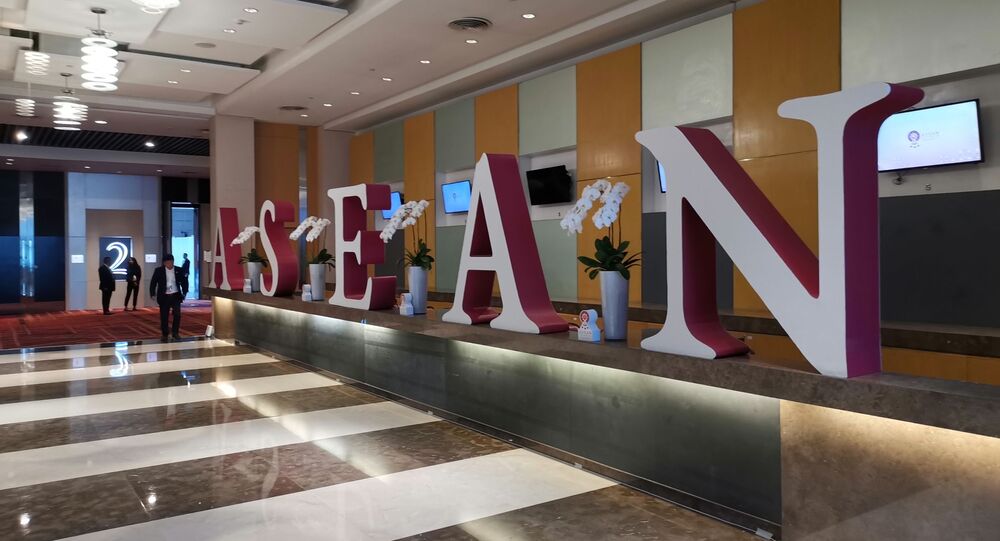 BANGKOK (Sputnik) - Seven out of the 10 leaders of the Association of Southeast Asian Nations (ASEAN) were noticeably absent at the ASEAN-US summit in Bangkok at which a Washington representative read out an invitation from President Donald Trump to visit the United States for a separate "special summit."

The move comes after top US leadership skipped the ASEAN Leaders Summit and the East Asian Summit held from November 2-4 in the Thai capital, with Trump, Vice President Mike Pence and Secretary of State Mike Pompeo all absent.

Three ASEAN leaders attended the summit, which took place in the morning before the East Asian summit: the prime ministers of Thailand, chairing the ASEAN this year, Vietnam and Laos. The remaining countries of the bloc — Singapore, Malaysia, Indonesia, Brunei, Cambodia, Myanmar and the Philippines were represented by foreign ministers.

US National Security Advisor Robert O’Brien kicked off proceedings by reading a letter from Trump inviting the ASEAN leaders to a "special summit" in the US. He was followed by US Secretary of Commerce Wilbur Ross who announced that a total of 19 ambassadors and eight department secretaries were present at the conference.

Bangkok is hosting the 35th ASEAN Summit from 31 October to 4 November. The East Asia Summit is held on the last day, with the 10 ASEAN members joined by eight more counties — Russia, Australia, India, China, South Korea, New Zealand, the United States and Japan.

The ASEAN Summit has transformed into one of the most important regional economic and political events as the 10 Southeast Asian nations have experienced prolonged relative peace and steady rise in economic prosperity in the 21st Century as well as control of critical chokepoints in global maritime trade.