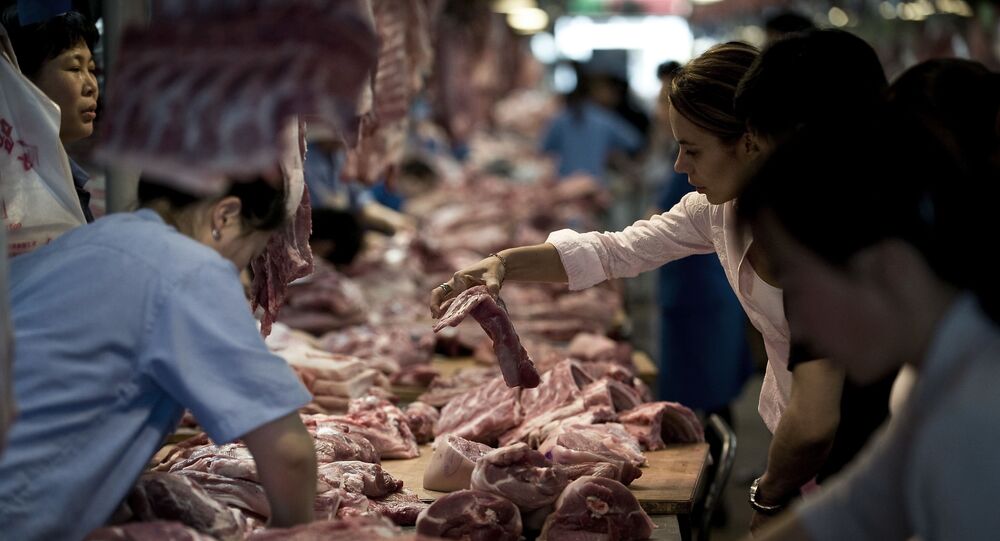 TALLINN (Sputnik) – The spread of the African swine fever (ASF) in China is having a substantial impact on the European meat market, with Estonia fearing further hikes in prices, according to the HKScan meat product manufacturing company.

"We are talking about a 40% increase of the purchasing price … In order to compensate for the pork deficit and not leave its citizens without their favorite dishes, China has started to actively buy pork in Europe. This has affected the rise in prices in European countries", Anne Mere, HKScan Executive Vice President of Market Area Baltics, told the Estonian ERR public broadcaster on Sunday.

African swine fever (ASF) is caused by a virus of the same name, which is not dangerous to humans but leads to the death of domestic pigs, as well as other pig family species, within days of being infected.

In October, China reported one new outbreak of ASF, in Guangxi Province, while South Korea reported 12 new outbreaks, according to the World Organisation for Animal Health (OIE). The majority of new outbreaks in October were reported in Europe, where over 250 ASF cases in both swine and wild boar were registered.

There are currently over 9,400 ongoing African swine fever outbreaks in the world, according to OIE. No vaccine has been developed for the disease.

Bloomberg analysts suggested that by fattening up animals to enormous proportions, producers hope to eliminate the consequences of an outbreak of ASF.