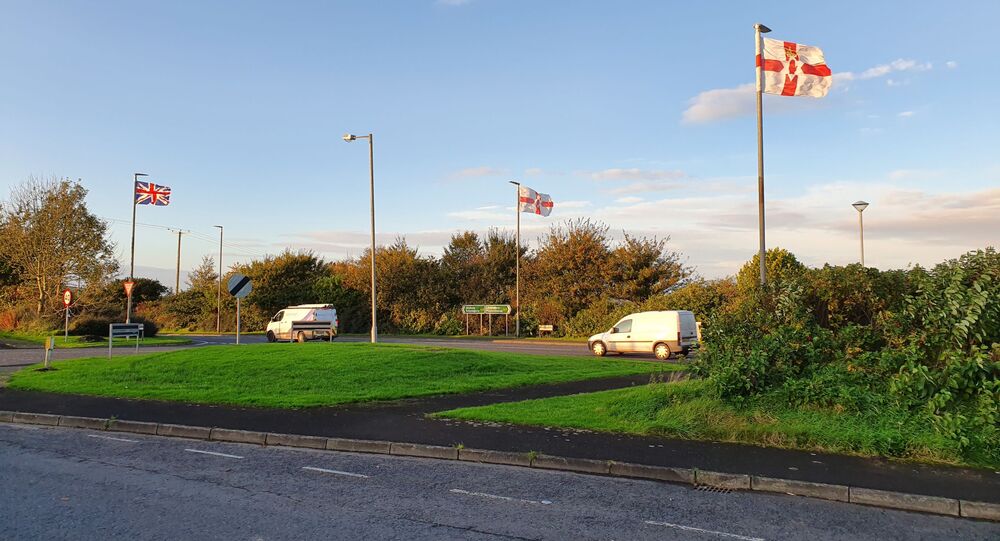 In the past the DUP and its main rival, the Ulster Unionist Party, had an unofficial electoral pact which meant they did not take Protestant votes away from each other in Northern Ireland. If the pact is abandoned it could allow Sinn Fein and other parties to win at the expense of pro-British parties.

The leader of the Ulster Unionist Party (UUP), Steve Aiken, is coming under pressure to change his mind after he announced earlier this week he would field candidates in constituencies where they had previously stood aside for the DUP.

A letter from prominent unionists, printed in the Belfast Telegraph, has called on Mr Aiken not to field a candidate in North Belfast, a marginal where DUP MP Nigel Dodds only had a slim majority over Sinn Féin's John Finucane at the last election.

​Finucane - whose lawyer father Pat was assassinated by loyalist paramilitaries in 1989 - is bidding to win the seat, which has been held by a pro-British candidate since 1922, when Northern Ireland was separated from the Irish Free State.

​The Ulster Unionist Party was traditionally the biggest pro-British political grouping in Northern Ireland and was the dominant force from 1922 until 2002 when the Democratic Unionist Party (DUP) - founded by Ian Paisley senior in 1971 - overtook the UUP.

UUP leader David Trimble won the Nobel Peace Prize - along with the SDLP’s John Hume - for their efforts to forge what became the Good Friday Agreement, which led to an end of The Troubles.

But Trimble quit as party leader in 2005 and the UUP’s fortunes declined further, with the DUP’s more strident approach making it more popular with unionist voters.

​Many political analysts were shocked when Paisley managed to make a success of power-sharing with Sinn Fein’s Martin McGuinness but his successor as DUP leader, Peter Robinson, continued to keep the wheels of government turning at Stormont.

Things began to go wrong for the DUP when Arlene Foster took over as leader in 2015.

Her poor handling of a Renewable Heating Initiative became known as the “cash-for-ash” scandal and led to an irretrievable breakdown of relations with Sinn Fein.

​Then in 2017 Foster led her 10 DUP MPs into a “supply and demand” government with the Conservatives but ultimately they were betrayed last month when Boris Johnson agreed a new Brexit deal which drew up a customs border in the Irish Sea.

Aiken, who formally takes over the leadership of the UUP from Robin Swann next week, is hoping to gain votes from disaffected DUP voters.

​Aiken hinted earlier this week the UUP would field candidates in all 18 constituencies in Northern Ireland.

​The DUP’s Christopher Stalford said Aiken had "shot himself in the foot" and said he believed the new UUP leader was "dangerously out of step with mainstream unionist opinion."

Sinn Fein currently has seven MPs - although none sit in Parliament because the party does not recognise Northern Ireland’s status within Britain and wishes it to be part of a united Ireland.

The 18th seat is held by Sylvia Hermon, an independent unionist and widow of Sir John Hermon, the former head of the Royal Ulster Constabulary.

If the UUP fields a candidate in her North Down constituency it could mean her losing the seat to the DUP.