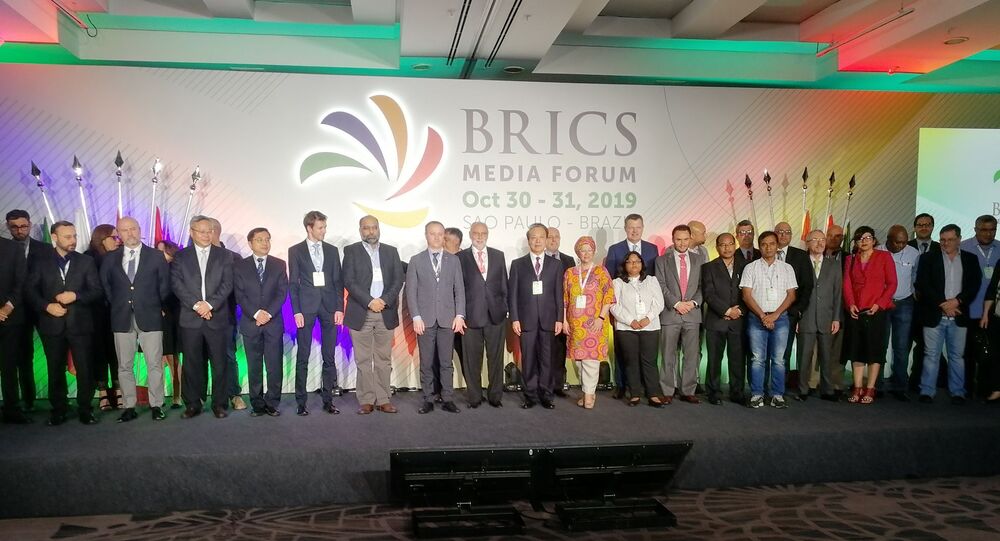 SAO PAULO, Brazil (Sputnik) - Media outlets from BRICS countries have, at the suggestion of Sputnik, agreed to create a mutual fact-checking platform in order to combat fake news in the global information space, an approved action plan from a high-level media forum showed.

"Fact-checking is one of the biggest challenges in the age of post-truth, where it doesn’t count what happened but it counts what is said about it. Many giants like Google, Facebook cooperate with the media to establish fact-checking platforms, assigning to themselves the right to determine what is truth and what is a lie. Their stated goal is very positive, but having in mind numerous fake news accusations to Sputnik that were either groundless or later proved to be real news, we understand that their fact-checking platforms can be biased and not credible enough," Dmitry Gornostaev, the deputy editor-in-chief of the Rossiya Segodnya International Information Agency's, of which Sputnik is part of, said at the forum.

Gornostayev went on to explain how creating a separate platform from Western media portals would diversify the global information space and give it an alternative voice to mainstream media.

"The suggestion is to consider the idea of creating our own fact-checking platform with the participation of the media of BRICS nations. We have to build it by ourselves and not take it from Facebook or Google. Otherwise the term of real truth will be monopolized by the West and their system will continue to deny the right of other nations to tell the truth," Gornostaev concluded.

The fourth edition of the BRICS media forum is currently underway in the Brazilian city of Sao Paulo.