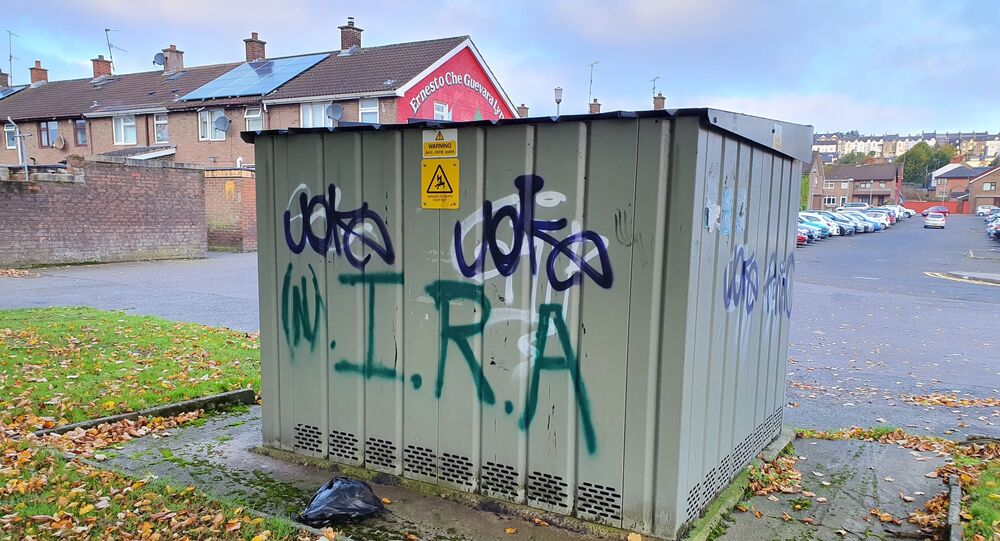 Sean Quinn was Ireland's richest man and his company, Quinn Industrial Holdings, employed 8,000 people on both sides of the Irish border. But he lost control of the company and its American owners are now being targeted by dissident republican terrorists.

Irish republican paramilitaries have given a “last warning” to the five directors of US-owned Quinn Industrial Holdings (QIH), only weeks after an executive, was abducted and tortured.

The Republic of Ireland’s Justice Minister Charlie Flanagan said the latest threat was “a most chilling and sinister development.”

Sean Quinn has repeatedly criticised the management of Quinn Industrial Holdings, saying he could fix if he returned. One small problem - there is nothing to fix. The company’s account show a robust and profitable business that is growing job numbers. https://t.co/CMBxuzWnzX

​He held a meeting with the head of Ireland’s police, the Garda Siochana, on Wednesday, 30 October, to discuss the QIH case and also an unrelated arson attack on a Sinn Fein politician in County Leitrim.

QIH was started by Sean Quinn, who started out running the family’s quarry in County Fermanagh but gradually branched out into construction, manufacturing, power generation, property development and hotels, including the four-star Slieve Russell resort in County Cavan.

By 2008 he had a personal fortune of £3bn but he fatally miscalculated when he tried to take over the Anglo Irish Bank in the middle of the financial crisis and ended up losing control of QIH, which was eventually bought by a US group.

"Wouldn't be wise to hang around" if nothing comes from investigation into QIH intimidation https://t.co/HYWtYcUYCK

​QIH directors and managers have been subjected to persistent threats since Mr Quinn left the firm in 2014 and last month the Irish News reported the campaign was being led by members of the Continuity IRA, a paramilitary group which opposes the Good Friday Agreement.

Deputy Chief Constable Stephen Martin says officers at the scene report hearing an ‘exceptionally loud explosion’ in Newtownbutler. He believes this attack was carried out by the Continuity IRA or the New IRA. pic.twitter.com/kJ4oS7Eu6k

​In September Kevin Lunney, one of five local directors, locked himself in his car after it was rammed by a car driven containing four masked men.

They smashed the car’s windows, dragged him out, bundled him into the boot of another car and took him to a location where he was subjected to a “savage attack” which left him with injuries to his torso, arms and legs.

On Tuesday, 29 October, it was reported the same gang had issued a “final warning” to QIH’s directors, warning them: “You haven’t learned your lesson.”

The Chief Executive of Quinn Industrial Holdings sends out a message to the gang who tortured and dumped Kevin Lunney on a border road.

Liam McCaffrey told UTV that Mr Lunney was in the office yesterday and plans to return to work soon.

​In a letter to the Irish News they ordered the directors to resign or face a “permanent solution”.

Sean Quinn was considered a hero in County Fermanagh and, across the border in County Cavan, for investing money in a previously neglected, largely rural area.

The removal of the Quinn family from the enterprise was greeted with mass demonstrations and the letter sent to the Irish News makes it clear the gang want them to be put back in control of the company.

The letter said: “The Quinn family that employed hundreds of people were stabbed in the back. We have the capability and the manpower to see this through until the end and achieve a permanent solution.”

Sean Quinn and his family have repeatedly condemned the intimidation of QIH directors.

#cblive one can't excuse the criminal behavior , but I think the handling the dismantling of the Quinn empire by the state leaves a lot of unanswered questions.

​Last month, after the attack on Mr Lunney, he said:  "I'm condemning it totally and absolutely. There is no way around that. I am just saying it shouldn't still be linked to me or up to Sean Quinn to condemn this.”

But a QIH spokesman said: “Regrettably, continuing threats are no surprise to QIH. It is just proof positive that this issue will not be resolved until the paymaster behind it is brought to justice and law and order is restored to this peace-loving community.”

John McCartin, a non-executive director, said: “Until they get the person who procured, financed and resourced this crime, this will continue and we can look forward to more of the same. There is an emboldened criminal element among us and the head of the snake needs to be cut off.”

​When the Good Friday Agreement was signed in 1998 the Provisional IRA decommissioned its weapons and eschewed violence but several former Provos refused to accept the deal, which required the island of Ireland to remain divided until such time as a majority in the North voted for unification.

Dissident republicans formed the Continuity IRA and the rival Real IRA and in recent months another group, the New IRA, has sprung up and was linked to the murder of journalist Lyra McKee in Derry in April.

But ex-IRA individuals and former members of the loyalist UVF, UDA and LVF became involved in crime during The Troubles and many have remained mired in criminality. 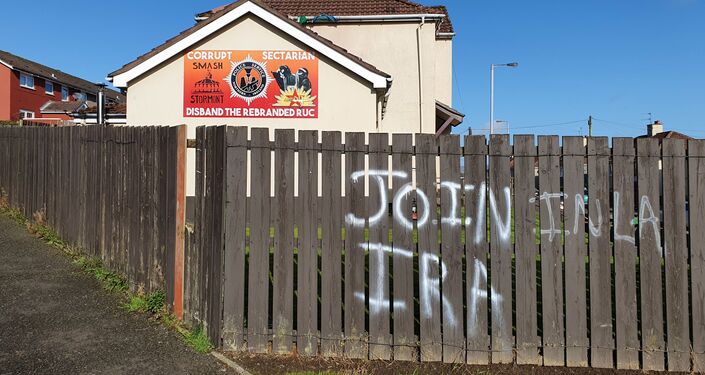 Several loyalists have been killed in disputes over drug deals, while the INLA was recently implicated in the control of brothels staffed by Romanian women in Belfast.

It is also thought the recent deaths of 39 people in a lorry trailer in Essex may be linked to paramilitaries in Northern Ireland.

Lorry driver Maurice Robinson, from Portadown, County Armagh, has been charged with manslaughter and police are seeking for two brothers from the same area.