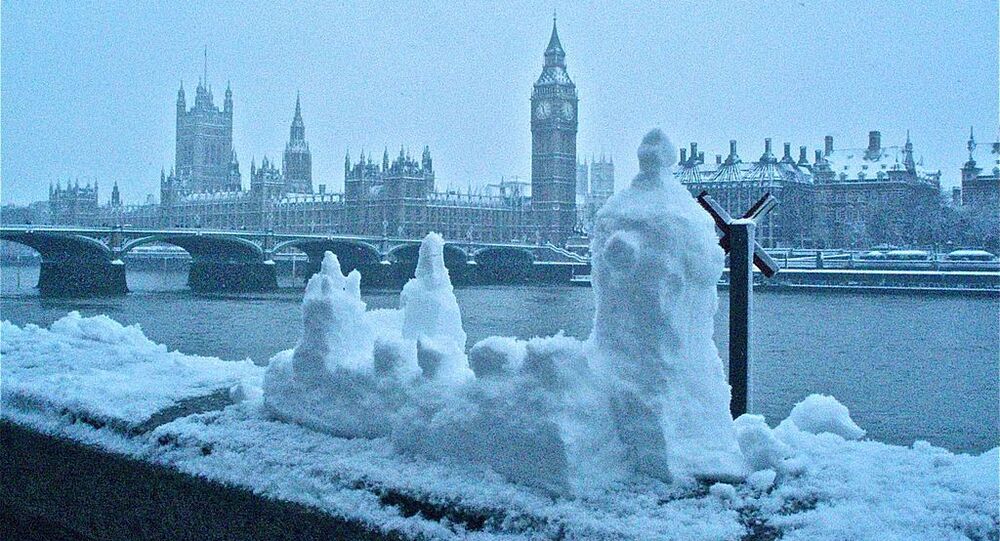 Democracy In The Dark: Does a Winter Election Improve Boris Johnson's Chances of Winning?

Parliament has finally agreed to hold a general election after Labour finally accepted a no deal Brexit had been taken off the table. It will be the first December election since 1923.

It will be the first time Britain has held a winter election since February 1974, when Conservative Prime Minister Edward Heath, mired in disputes with the trade unions, famously asked the electorate "Who governs Britain?" and found out it was not him - he lost narrowly to Labour, under Harold Wilson.

Was reading this week about the UK’s last December election in 1923.
Called earlier than expected by a new Conservative leader to consolidate his position and fought explicitly on a platform of changing the UK’s trading framework.
It led to a minority Labour government.

​The last December election was way back in 1923 when Conservative Prime Minister Stanley Baldwin called an election in a bid to push through his unpopular policy of trade tariff reform.

Although the Tories won the popular vote and had more seats than Labour - 258 compared to 191 - Baldwin lost a vote of confidence the following month and ended up losing power to a government led for the first time by a Labour Party leader, Ramsay MacDonald.

MacDonald was able to cobble together a coalition government with help from the Liberals but the publication of the Zinoviev Letter - which later turned out to be a forgery - led to the downfall of his government in October 1924 and Baldwin regained power after another election.

almost *two thirds* of women say they feel unsafe walking alone after dark. That, with the scary abuse towards politicians atm, it's hard to see how a winter election won't impact women's participation in politics with door knocking etc. Political parties should consider this

​It was a time of great political turmoil, which has echoes of 2019 and the Brexit debacle.

Boris Johnson, who took over as Prime Minister in July after Theresa May stepped down as Conservative Party leader, is seeking a mandate from voters to pass his Brexit withdrawal deal.

Labour, under Jeremy Corbyn, is hoping to make the deal about so much more than Brexit while the Liberal Democrats have become the only party who say they will tear up Article 50 and stay in the European Union and they are hoping to win votes from Remainers who previously backed Labour or the Tories.

​Several Tories will face tough battles to hold onto their seats in Remain constituencies in London and the South East of England.

On Wednesday, 30 October, former Home Secretary Amber Rudd threw the towel in before the first round. She had a majority of only 346 at the last election and was widely expected to lose Hastings & Rye to Labour’s Peter Chowney.

But what effect will a winter election have on the turnout and the result?

British politicians usually try to avoid elections in the winter months because darkness falls around 4pm and voters do not appreciate canvassers knocking on their doors on dark evenings.

Has anyone considered how a Christmas election may hurt the Tories as they try to fight #generalelection2019 in the middle of an NHS winter crisis? #PMQs

​Psephologists say Conservative voters tend to come out in all weathers, while Labour’s core vote tends to be less likely to vote in heavy rain or snow.

So an election in December should suit the Tories.

Will turnout be down at a winter election?

'If our great grandparents who didn't have central heating and were relying on gas lighthing could manage, why can't we?'

In 1997 when Tony Blair won a landslide election, the turnout was 71 percent, but it slipped to 59 percent in 2001 and has struggled to recover.

This may be a winter election but it must thaw our frozen economy. Politicians must seize chance to break Brexit deadlock, relaunch 🇬🇧 as a great place to do business & replace ideology with evidence. The prize is a more prosperous & fairer UK for generations to come.

​Turnout varies dramatically from region to region - in 2017 turnout was almost 80 percent in the affluent seats of Twickenham, Richmond Park and Oxford West but shrank to 53 percent in impoverished Glasgow North East and Leeds Central.

Another crucial factor, which led to much heated debate earlier this week, is the student vote.

Labour sought to get the election moved forward to 9 December because many universities break up for the Christmas holidays that week and they fear students who are registered where they study will be disenfranchised.

Boris Johnson wants a December election because he thinks the Tories will do better in seats with universities. Don't let him steal your vote!

You can register at both addresses but only vote at one. Apply for a postal vote and vote in the most marginal!

​At the 2017 general election Labour did especially well in university towns where record numbers of students registered to vote for Jeremy Corbyn.

Labour won Canterbury, home of the University of Kent, for the first time since the seat was created in 1387, and halved Boris Johnson’s 10,000 majority in Uxbridge largely due to students at nearby Brunel University.

Labour had pushed hard for an amendment which would have allowed 16- and 17-year-olds to vote but this was defeated.

The run-up to Christmas is already one of the busiest times of the year and the Royal Mail hires seasonal workers to handle the extra mail.

​But with an election on 12 December postal workers will also have to deliver millions of ballot papers and postal vote forms.

To make matters worse, members of the Communication Workers' Union (CWU) recently voted overwhelmingly to go on strike in a dispute over pay and pensions.