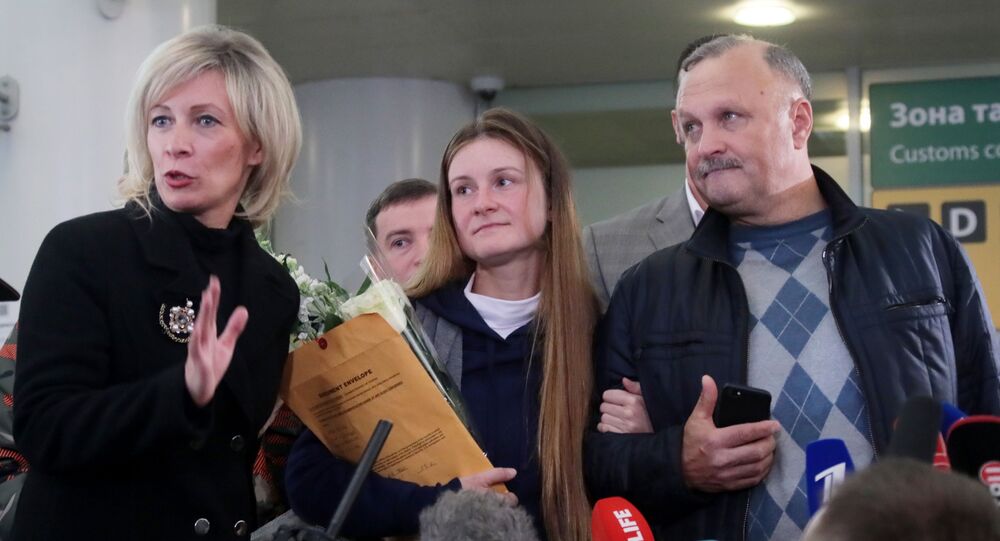 WASHINGTON (Sputnik) - Russia's embassy in the US called upon Washington on Saturday, shortly after Russian national Maria Butina was released upon serving a 1.5-year sentence in a US prison for conspiring to act as a foreign agent, to stop the hunt for the Russians abroad and use the existing mechanisms of the bilateral legal cooperation instead.

"Stop the hunt for the Russian nationals across the world. US prisons still have our compatriots, convicted of fabricated charges. The civilised approach is to use the existing mechanisms of legal cooperation," the embassy said on its official Twitter account.

Butina was arrested and sentenced to 18 months behind bars last July on a single charge of conspiring to act as an unregistered foreign agent in the US. In December that year, after being held in solitary confinement in a cage no larger than a single car parking lot, she pleaded guilty fearing extended imprisonment.

The US embassy in Moscow, in turn, stood by the fairness and transparency of the US judicial system in handling Butina's case.

On Friday, Butina was released from the prison in Tallahassee, Florida and deported to Russia. On Saturday morning, her plane landed in the Moscow airport of Sheremetyevo where she was met by her father, Valery Butin, and the spokesperson of the Russian Foreign Ministry, Maria Zakharova.