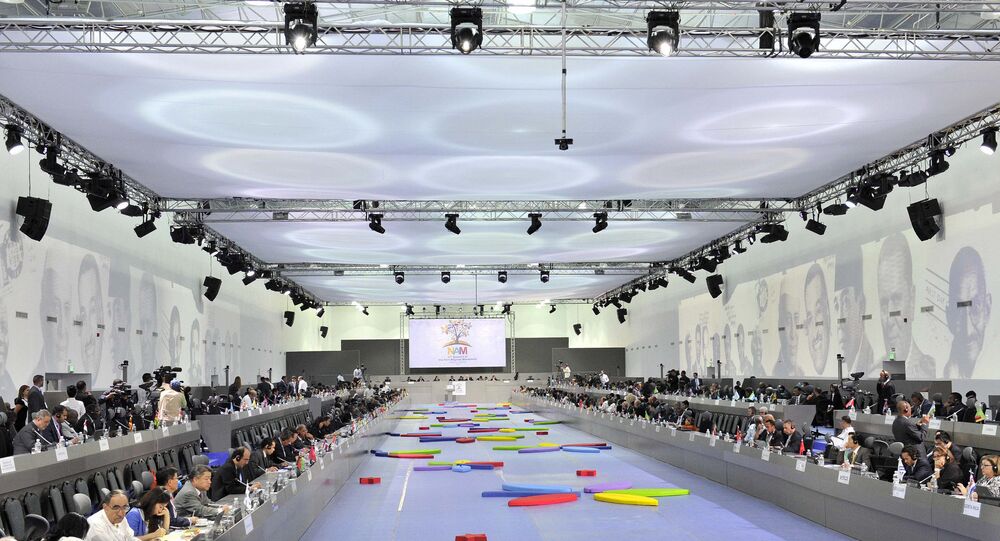 MOSCOW (Sputnik) - The two-day 18th summit of the heads of state and government of the Non-Aligned Movement (NAM) will start in Baku, Azerbaijan on Friday.

The Non-Aligned Movement was established at the 1961 Non-Aligned Conference in Belgrade after the emergence of a bipolar world and the formation of two military blocks — NATO and the Warsaw Pact. Back then NAM comprised Yugoslavia, India and Egypt.

Today the Non-Aligned Movement unites 120 countries that have refused to participate in military blocs, 17 states and 10 international organizations have observer status in the organization.

At the NAM summit in Baku the Republic of Azerbaijan will take over the chairmanship of the Non-Aligned Movement for the upcoming 3 years.

On Wednesday, Baku hosted a preparatory ministerial meeting for the summit, which was, in particular, attended by Iranian Foreign Minister Mohammad Javad Zarif.

"As of now, 158 countries [and international organizations] have confirmed their participation. Four important documents are expected to be signed, including the Baku Declaration. A paragraph on Nagorno-Karabakh conflict settlement is included in three documents," Azerbaijan's deputy foreign minister said at a briefing.

According to the Azerbaijani Foreign Ministry, Armenia did not apply for participation in the summit, although this country has an observer status in the movement. A total of 246 journalists have been accredited to cover the summit.

Presidents of Venezuela, Iran, Cuba, Turkmenistan, Bangladesh and other states are expected to attend the event.