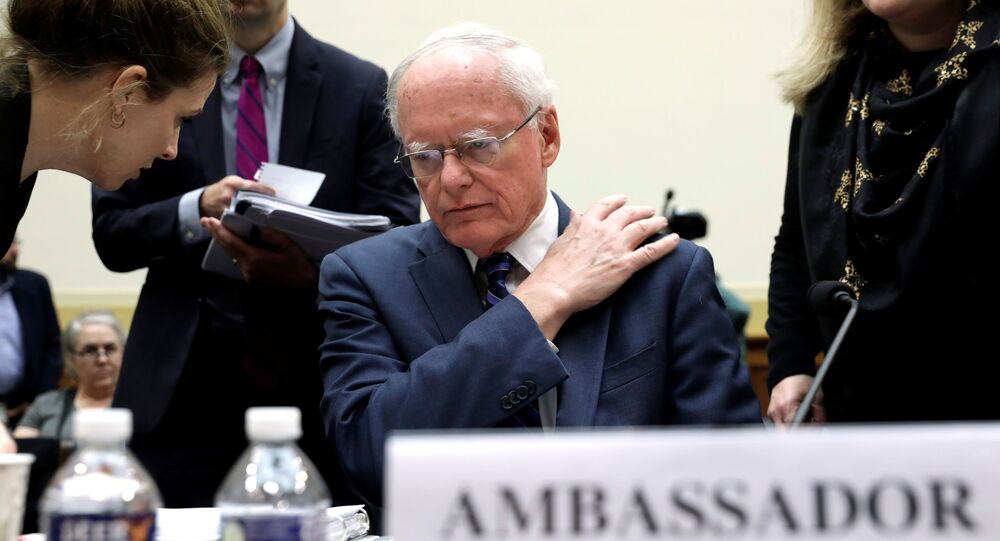 Last week, Turkey’s President Recep Tayyip Erdogan pledged not to allow any Daesh* terrorists to escape northern Syria amid the then-ongoing Turkish military operation there. On Tuesday, Ankara announced that the ceasefire in the area is permanent.

James Jeffrey, the US special representative for Syria engagement and global head of the coalition to defeat Daesh*, has stated that about 100 Daesh prisoners have escaped detention since the beginning of Turkey’s military operation in Syria’s northeast earlier this month.

“We would say that the number is now over 100. We do not know where they are”, Jeffrey told Congress on Wednesday.

He described Daesh detainees as those who are “among the most dangerous fighters, intent on attacking the United States and its allies,” and questioned whether the US is able “to monitor or effectively operate against ISIS, given the withdrawal of US forces [from Syria]”.

Turkish President Recep Tayyip Erdogan, for his part, wrote in last week’s article published by The Wall Street Journal that Ankara “will ensure that no ISIS fighters leave northeastern Syria.”

He also slammed “the same countries that lecture Turkey on the virtues of combating ISIS today” and that “failed to stem the influx of foreign terrorist fighters in 2014 and 2015.

As for Jeffrey’s Wednesday statement, it came after US President Donald Trump said that he would lift the sanctions against Turkey after Ankara announced that the ceasefire in northern Syria is permanent.  At the same time, Trump noted that the White House will reinstate sanctions if the Turkish forces break their obligations.

Turkish Foreign Minister Mevlut Cavusoglu, for his part, made it clear that Ankara is still ready to repel “terrorists”, a term Ankara uses for the formerly US-backed Kurdish militia, despite halting its offensive in northeast Syria.

Erdogan and US Vice President Mike Pence clinched the five-day ceasefire in Syria on 17 October to allow for the withdrawal of the Kurdish fighters, in what was followed by talks between Erdogan and Russia’s President Vladimir Putin in the Russian Black Sea resort of Sochi.

The two presidents agreed that Russian military police and Syrian border guards would facilitate the withdrawal of Kurdish militia from an 18-mile safe zone on the Syria-Turkey border within 150 hours.

Turkey considers the Kurdish YPG, which comprises the backbone of the Syrian Democratic Forces (SDF), a terrorist organisation, claiming that the SDF is related to the domestic Kurdistan Workers' Party (PKK).