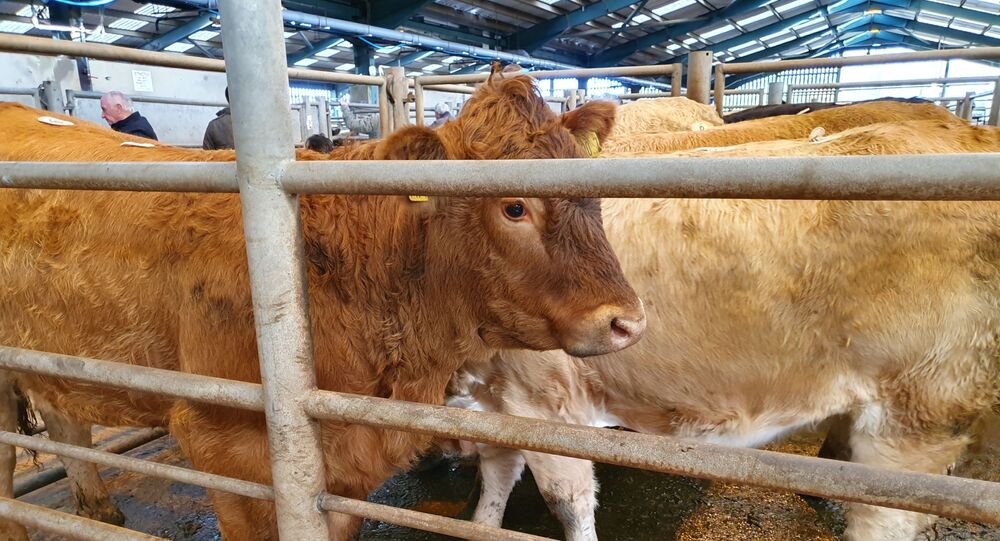 The Prime Minister, Boris Johnson, will call a general election if the European Union agrees to delay Brexit until January. Mr Johnson has said a Brexit with the UK outside of the customs union would allow Britain to arrange free trade deals with countries like the United States.

British farmers are worried that if Boris Johnson and Donald Trump agree a free trade agreement in the wake of Brexit the UK will be flooded with cheap US beef, most of which is enhanced with growth hormones.

Boris Johnson wants to lower UK food standards in a deal with Donald Trump. Currently the US allows:

​The first growth hormone for use in cattle - diethylstilbestrol -(DES)  was approved in 1954 and beef farmers in Britain and the US used it to fatten up animals before sending them for slaughter.

But in 1981 growth hormones were banned in the European Union, following research which suggested residues in edible tissues might endanger consumers.

US farmers continued to use them and are able to produce beef at lower prices, partly because it does not take them so long to fatten up their cattle. 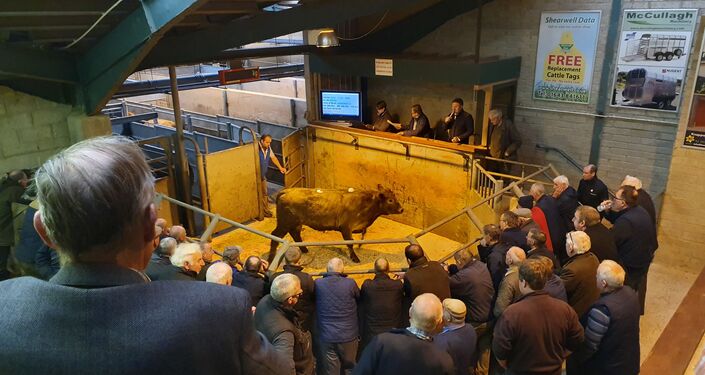 Charles Moore, a beef, sheep and cereal farmer in Northern Ireland, said: “They still use growth hormones in the US to finish their cattle. They were banned by the EU in the 1980s and we don’t want them back. The average farm in Fermanagh is 100 acres but in the US the average is about 1,000 acres so they have huge economies of scale. If there was a free trade agreement we’d be wiped out by US imports. Supermarket customers would buy the cheaper beef.”

The President of Britain’s National Farmers’ Union, Minette Batters, said recently: “It is imperative that any future trade deals, including a possible deal with the USA, do not allow the imports of food produced to lower standards than those required of British farmers.”

She said: “British people value and demand the high standards of animal welfare, environmental protection and food safety that our own farmers adhere to. These world-leading standards must not be sacrificed in the pursuit of reaching rushed trade deals. We should not accept trade deals which allow food to be imported into this country produced in ways which would be illegal here."

​Ms Batters said: “We will continue to work with others to ensure safeguards are included in legislation that establish a comprehensive role for Parliament in scrutinising and ratifying future trade deals, and to ensure food imports into the UK are produced to at least our own high standards.

“British farmers play a strategically important role in producing food for the nation, all while caring for our cherished countryside. There is the potential for British farming to produce more and export our high standards around the world, whilst at the same time ensuring we take further steps to safeguard Britain’s environment. We are urging government to seize this opportunity,” she added. 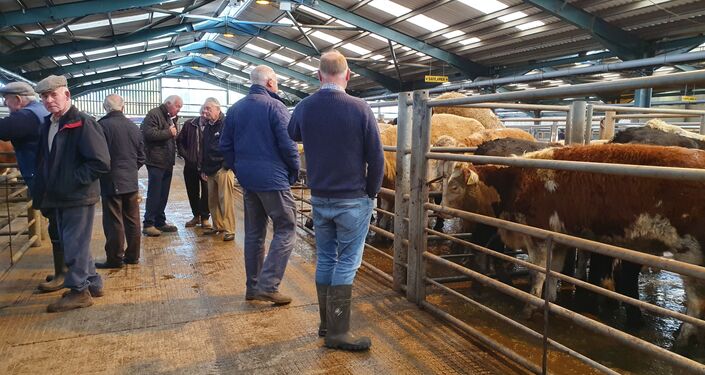 © Sputnik / Chris Summers
Farmers eye up cattle at a market in Enniskillen, Northern Ireland in October 2019

Malcolm Whittaker runs a butcher’s shop in Blackburn, Lancashire, and he said of US beef he would “give it a wide berth.”

“It would probably be mainly for the supermarkets and caterers. We don’t buy boxed beef. We buy the whole carcass from farms and then butcher it and produce cuts for our customers,” he said.

Mr Whittaker said there had been a gradual reduction in demand, partly because many young people are becoming vegans, and he said any bad publicity inevitably hits the industry.

Bovines incl. cows & buffalos do not eat meat naturally. For this reason beef imports from USA into India are banned. In US they feed bovines left over carcasses of other bovines. This has altered the natural metabolism of the animals and may adversely impact humans if consumed.

​He said: “We had Mad Cow disease years ago and then the horsemeat scandal. Both of them hit demand but two weeks after the fact people are back buying it. The horsemeat was coming from the EU. So you can’t really call out America for promoting growth hormones when the EU was putting horsemeat into ready meals.”

In 1995 Variant Creutzfeldt-Jakob disease (vCJD) - dubbed Mad Cow Disease by the press - was identified and was linked to eating meat contaminated with Bovine Spongiform Encephalopathy (BSE).

Almost 200 people have died of vCJD since 1995 and last year the first case of BSE for decades was reported in Scotland.

Joe McLean, a Scottish documentary maker, has just produced a film - Cows, Cash and Cover-Ups - about Mad Cow Disease (vCJD) and said the US meat industry was less regulated than the UK.

He said: "If they're pumped full of growth hormones you don't know how that is going to manifest down the food chain. You don't know what impact that it going to have or how many years it will take to emerge."

Mr McLean said the horsemeat scandal had shown what could happen when meat is created on an "industrial" scale.

He said: "It always boils down to money at the end of the day. It was cheaper to slaughter horses and pretend it was beef. The Americans are not testing for BSE and we're potentially going to be moving towards that system, which is pretty frightening."

In 1989 the US complained to the World Trade Organisation over the EU’s ban.

The WTO’s Dispute Settlement Body later ruled in favour of the US and in 1999 authorised them to impose retaliatory tariffs of $116 million a year on the EU.

Chicken with some chlorine? Beef with growth hormones? Yuk! What many of us have been warning about for some time is now available to read in US ambassador’s document. We must not let food safety and animal welfare standards slip in post-Brexit scramble for trade deals.

​If Britain is outside of the EU customs union it will have to decide whether or not to ban US beef imports and could face a similar dispute if it tries to block them.

The US Food and Drug Administration said they had approved the use of steroid hormone drugs for use in beef cattle and sheep, since the 1950s.

On their website they said: "These drugs increase the animals’ growth rate and the efficiency by which they convert the feed they eat into meat....Using scientific data, FDA establishes the acceptable safe limits for hormones in meat. A safe level for human consumption is a level of drug in the meat that would be expected to have no harmful effect in humans based on extensive scientific study and review."