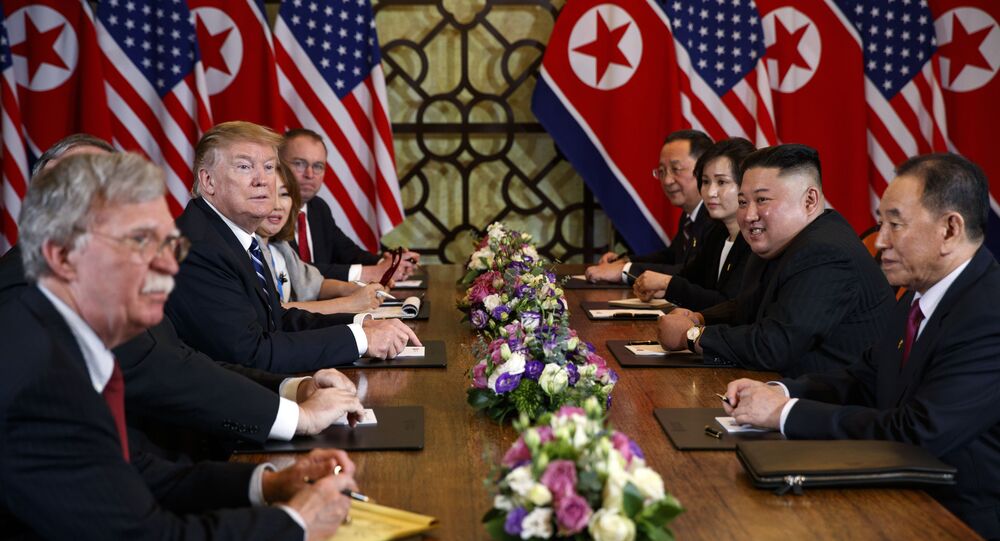 SEOUL (Sputnik) - Sweden hopes for the resumption of working-level nuclear talks between the United States and North Korea, and plans to soon invite the sides to hold a meeting in Stockholm, Kent Harstedt, the Swedish special envoy for Korean Peninsula affairs, said on Wednesday.

"We will issue new invitations to the two sides for new meetings at the time agreed upon by the two parties. It is of course up to the two parties to decide the timing of such a meeting, but we will remain proactive from the Swedish side to encourage them to meet", Harstedt said, as quoted by the Yonhap news agency.

According to the diplomat, despite the lack of results from the previous meeting and various assessments of these talks, he did not hear statements from North Korea or the United States that they were interrupting the negotiations.

The Swedish envoy noted that Stockholm continued a working dialogue with Pyongyang, adding that he looked at the prospects for the US-North Korean talks with "cautious optimism."

"Again I also need to say that [North Korea] DPRK hasn't closed the door for a continuation of this important (meeting)", he said.

On 5 October, the North Korean delegation, headed by chief negotiator Kim Myong-Gil, held working-level denuclearisation talks with the US delegation, led by US special representative for North Korea Stephen Biegun, in Sweden.

© REUTERS / KCNA
Pyongyang Sets Year-End Deadline for US to Make New Proposals on Denuclearisation
These were the first talks since the high-level summit took place in Hanoi in February. However, without waiting for the negotiations to end, North Korean diplomats left the meeting, after which Kim said the working negotiations with the United States had failed. According to the North Korean diplomat, as quoted by the Yonhap News Agency, the United States came empty-handed.

The North Korean Foreign Ministry later warned the United States that if Washington did not get rid of the "hostile policy" toward Pyongyang and did not propose a realistic solution to denuclearisation by the end of the year, North Korea would not continue negotiations.