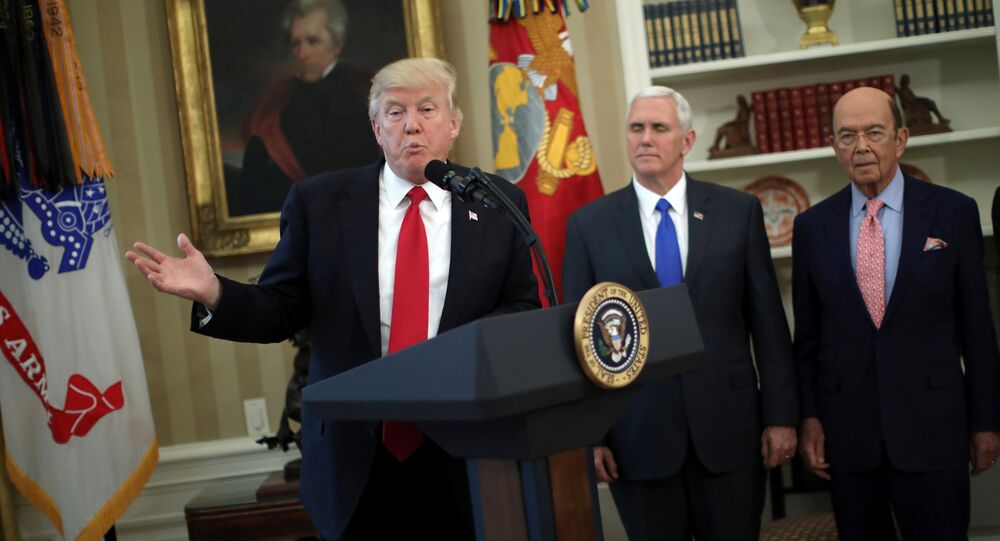 Tensions have been running high between Washington and its European allies since the US imposed tariffs on European goods, worth more than $7 billion for providing illegal subsidies to Airbus. In mid-November, President Trump is expected to announce whether he will impose extra duties on cars coming from the EU.

The Financial Times has cited US Commerce Secretary Wilbur Ross as saying that Washington may start talks with Brussels instead of imposing tariffs on car manufacturers. Ross hinted that President Trump could choose some form of negotiations. In May, President Trump said vehicles and car parts imported from the European Union pose a risk to US national security and threatened to impose extra duties.

Wilbur Ross asserted that the two sides could settle the issue should the World Trade Organisation authorise European tariffs on US goods as punishment for Washington’s support of Boeing. The European Union previously warned the Trump administration that it would impose punitive measures if the White House goes forward with tariffs. EU Trade Commissioner Cecilia Malmstrom said the bloc has prepared its own list of US products worth $39 billion, but stressed: "I do hope we do not have to use that one".

Trump’s decision to impose tariffs on the EU automotive sector was met with scepticism even among his closest Republican allies, who are concerned this could negatively affect the global economy and ruin relations with a key US ally. The United States is already involved in a bitter trade war with China, which according to the International Monetary Fund could cost global economy $700 billion next year. President Trump started the trade dispute with Beijing citing the huge US trade deficit.

The Financial Times reported that Commerce Secretary Wilbur Ross was optimistic when he spoke about the prospects of signing a trade deal with China. Ross alleged the chances of President Trump striking a deal with President Xi Jinping at the upcoming APEC summit in Chile are far better than 50/50.

The secretary reportedly said that the deal doesn’t involve Chinese company Huawei, which was put on a US trade blacklist. President Trump claims that the Chinese telecom giant poses a significant security risk to the United States as it supposedly spies on its customers at the behest of China, a charge Huawei and Beijing denies.