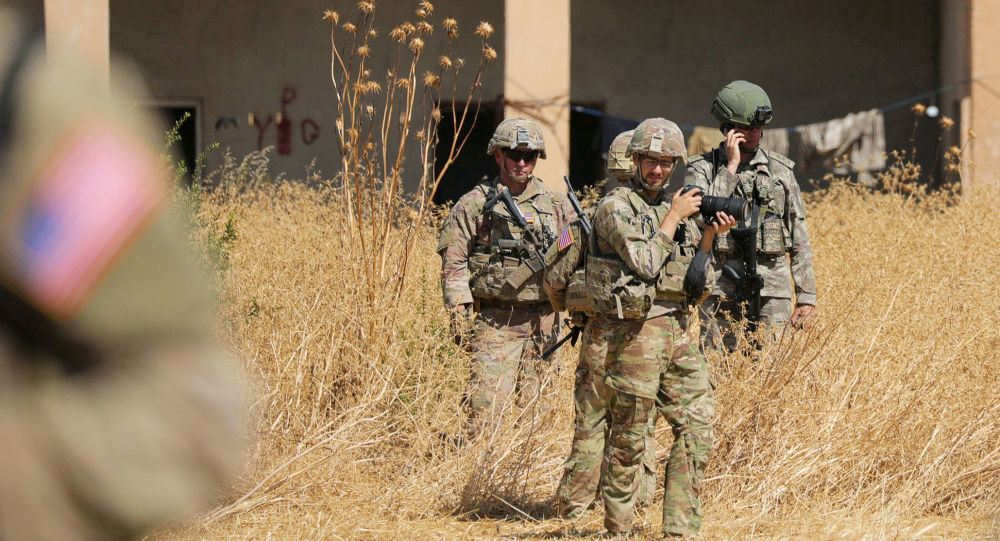 Days before Turkey launched its operation in Syria on 9 October, the United States announced its intention to pull out its military service members from the country. The move has been widely condemned as a “betrayal” of the US-allied Kurds.

The United States has abandoned their Kurdish allies in Syria leaving them behind to deal with the Turkish offensive on their own, Kremlin spokesman Dmitry Peskov said in a statement on Wednesday.

"The US has been the closest ally to the Kurds. And yet they abandoned them, essentially betraying them and now they prefer to keep the Kurds at the border and virtually force them to fight the Turks", the spokesman said.

He noted that it was obvious that if the Kurds did not withdraw from the so-called safe zone on the border, then Syrian border guards and the Russian military police would have to leave the area. In this case, the remaining Kurdish groups would be steamrolled by the Turkish Army.

Turkey announced the beginning of its Operation Peace Spring aimed against Daesh terrorists and Kurdish fighters in Syria on 9 October. Shortly after the announcement, Ankara carried out airstrikes on Syrian towns along the border.

A week later, Washington and Ankara struck a deal to halt the fighting for 120 hours to allow Kurdish militants to pull out from the buffer zone that Turkey intends to control. The ceasefire officially terminated on Tuesday.