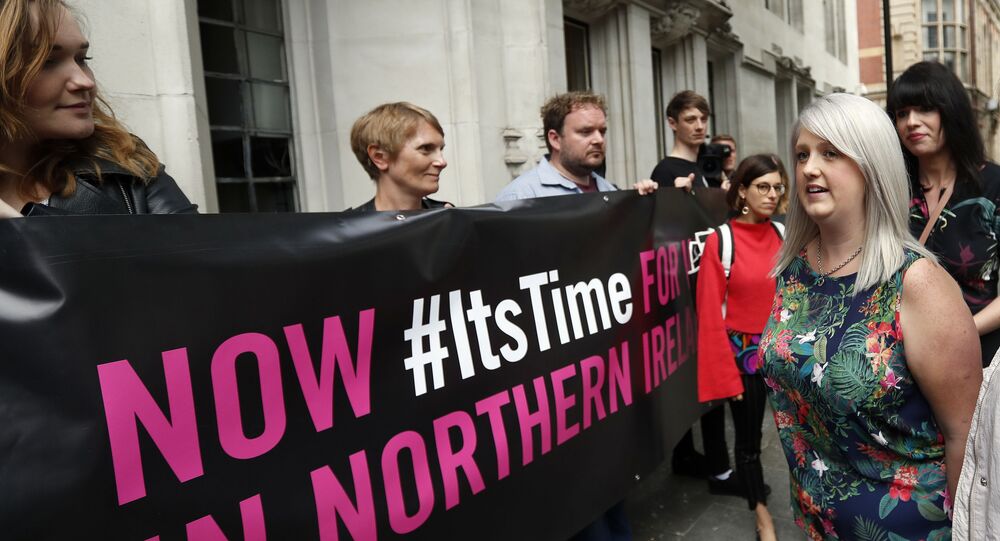 Power-sharing in the Northern Ireland ended in 2017 as relations between the pro-British Democratic Unionist Party (DUP) and the Sinn Féin - which supports a united Ireland - collapsed. English, Scottish and Welsh MPs in the House of Commons have since passed key legislation for Northern Ireland.

Opponents of abortion are sitting in Northern Ireland’s Assembly at Stormont on Monday, 21 October, after being recalled in an 11th hour attempt to stop changes to the law on abortion and same sex marriage.

Last year 1,053 women travelled from Northern Ireland to other parts of the UK to undergo a termination because abortion remains illegal in the six counties of the North.

Earlier this year British MPs passed laws bringing abortion legislation in Northern Ireland into line with the rest of the UK, despite opposition from the DUP.

​The DUP, who were staunch allies of Theresa May’s Conservative government, have found themselves abandoned by her successor Boris Johnson.

Abortion laws in Northern Ireland will change at midnight on Monday unless power-sharing is restored and the Stormont Assembly can override the UK legislation. 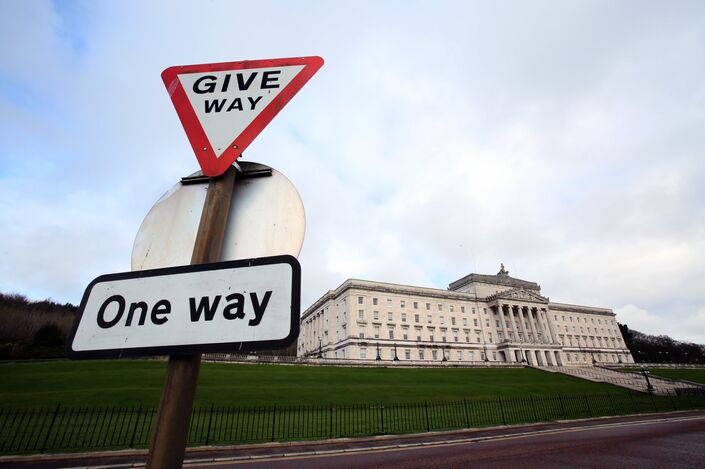 © AFP 2019 / Paul FAITH
A picture shows the Parliament Buildings, the seat of the Northern Ireland Assembly, on the Stormont Estate in Belfast, Northern Ireland, on March 4, 2017

But the DUP and Sinn Fein are still engaged in a war of words and although DUP Assembly members have returned, along with a handful of Ulster Unionists and SDLP MLAs, there appears little change of stopping the pro-choice legislation coming into effect.

Ironically one of the reasons Protestant Ulster did not want to be part of a united Ireland was the domination of the Roman Catholic Church in the south.

BREAKING: MLAs have been turned away from Stormont by security staff as their passes are over 2 and half years out of date.

​The fact that the Catholic Church has lost its power in the Republic was demonstrated when abortion was legalised there in 2018, but remained illegal in the North where Presbyterians and other Protestant denominations dominate.

Dawn McAvoy from the anti-abortion Both Lives Matter group, said: “This is a bad law being implemented through a bad process leading to bad consequences for both women and unborn children.”

But Ashleigh Topley, who challenged the ban on abortion in the UK Supreme Court, welcomed the imminent change: "In 2014 when I needed an abortion and was denied one I swore I would add my voice to the campaign for abortion rights and to have achieved that is just incredible. This will never undo my experience but has given a purpose to my pain and I am relieved that no one will now have to go through what I did.”

Amnesty NI with heroic campaigners outside Stormont on this historic day for women. pic.twitter.com/txbdGBqJ9J

​If a new devolved government is not formed by midnight, abortion will be decriminalised, although formal legislation will still need to be passed by March 2020.

The DUP - which opposes Boris Johnson's latest Brexit deal - is also seeking to block the legalisation of same sex marriages, which they had opposed for years.

Changes are due to come into effect in early February, sparking rumours of a rash of same sex weddings in Northern Ireland on Valentine’s Day.