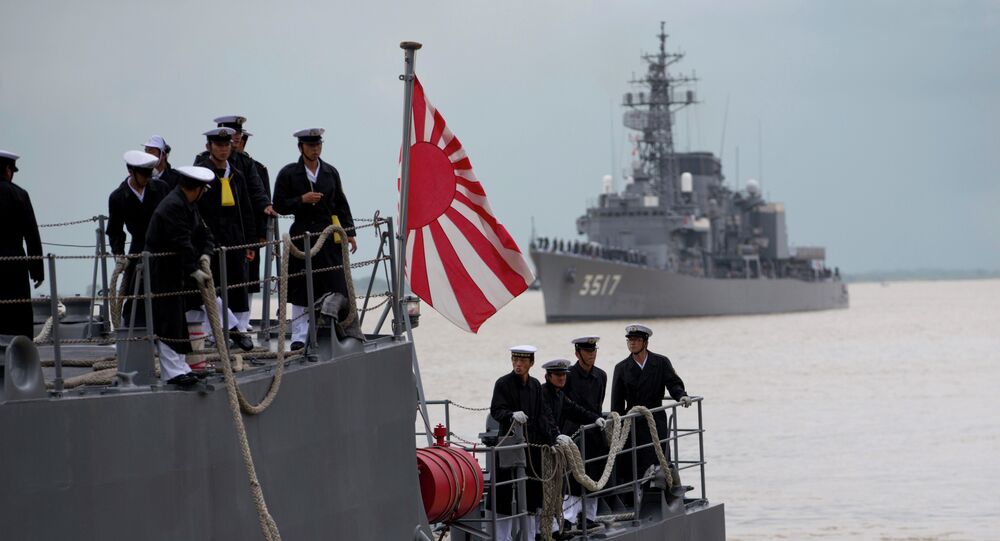 Earlier, the United States and the European Union had been rallying allies to send ships to the region after a string of attacks on commercial vessels took place earlier this year, which the US has blamed on Iran. Tehran has vehemently denied the allegations.

The Japanese government has decided to send its own self-defence troops to the Strait of Hormuz area as an alternative to joining the US-coalition to protect commercial vessels passing through key Middle Eastern waterways, according to the Asahi newspaper.

Earlier, media reported that Japan would not join such a coalition due to its close economic ties with Iran, as an important oil producer.

The US announced the creation of a naval coalition in the wake of the detention of a British tanker by Iranian authorities over alleged violations of maritime laws and a series of "sabotage attacks" on commercial vessels in the Persian Gulf. These it blamed on Iran, claiming that  the US goal will be to ensure the safety of navigation through a crucial oil-exporting lane - the Strait of Hormuz. Tehran has strongly denied any involvement in the attacks.

Washington invited several countries from Europe and Asia to participate in this coalition, but so far few have responded. While the UK has shown interest in participating in the American mission, Germany opted for diplomatic efforts as a mean to reduce tensions in the Gulf and stated that its participation in America's "maximum pressure" campaign against Iran has been "ruled out".

Iran has slammed the planned American maritime mission as endangering the international waterway and expressed scepticism about Washington's chances of rallying allies for it.