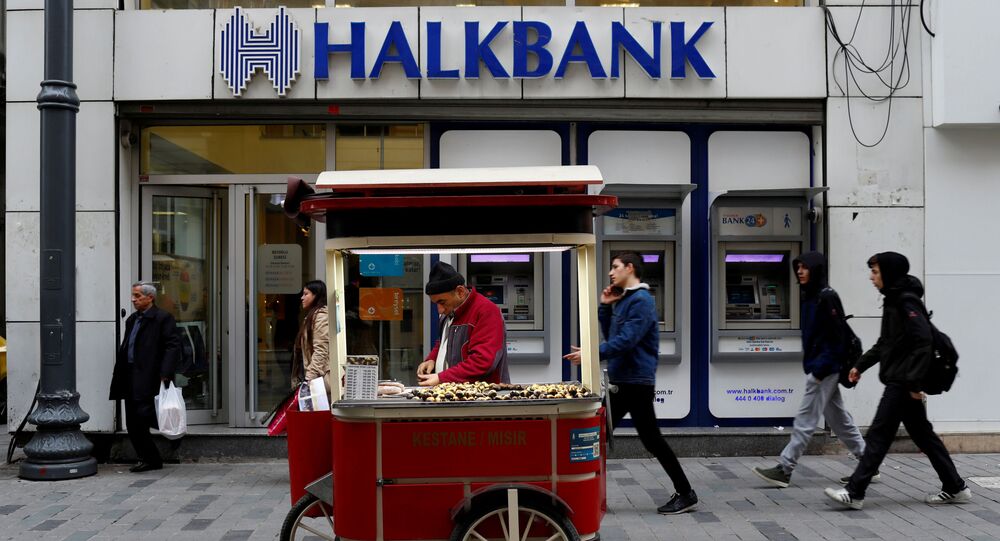 Earlier today, the US Justice Department charged Halkbank with fraud, money-laundering, and sanctions offences related to its purported involvement in a multibillion-dollar scheme to evade US sanctions on Iran.

Turkish President Recep Tayyip Erdogan has hit out at the United States over its move to indict Turkey's Halkbank, decrying it as an 'illegal, ugly step.'

The president also cast doubt on his visit to the United States next month after meetings with the US delegation in Turkey this week.

According to the financial institution, the US legal action is viewed as part of the sanctions Washington introduced against Turkey in response to its operation in northeastern Syria.

"These were filed as part of the sanctions introduced against our country by the U.S. government in response to Operation Peace Spring, heroically launched by the Turkish Army to secure our borders and establish peace in the region," the bank said in a statement.

The bank claimed that it was not engaged in the violation of any secondary US sanctions.

It vowed to employ all legal means available to fight this 'unwarranted' case under international law.

The US Justice Department indicted the bank on Wednesday claiming it was entangled in a shady scheme to illicitly transfer $20 billion worth of restricted Iranian funds to Iranian parties.