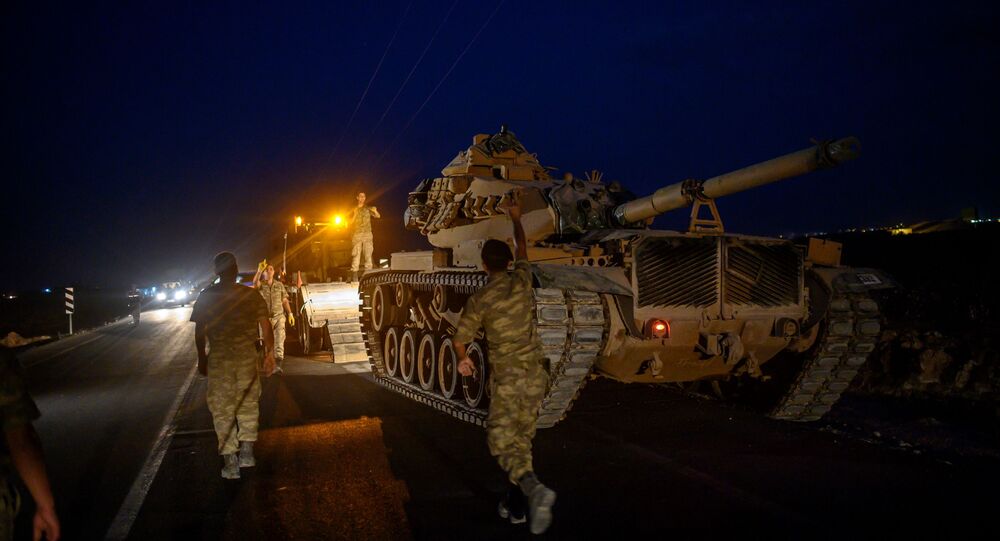 The offensive in Syria, launched on Wednesday, is pressing on, as the Turkish forces clash with the Kurdish-led militia, which Ankara considers to be terrorists and Daesh fighters.

Chinese Foreign Ministry spokesman Geng Shuang has commented on the ongoing Turkish military op in northern Syria, urging the country to stop it and "come back to the right track".

Ankara was previously criticised for the incursion by the US, the EU, and the Arab League. Washington vowed to impose sanctions on the Middle Eastern country, while Paris and Berlin have restricted arms sales to Turkey, urging other EU members to follow this step.

In response to the advance, the Syrian military also boosted their positions in the region, reclaiming the city of Manbij, previously controlled by the SDF troops following a deal with the militants.

President Recep Tayyip Erdogan negotiated the creation of a safe zone in northern Syria with the US this summer, but later accused Washington of stalling the process, vowing that Turkey would establish it on its own, if necessary.

Following the start of the operation, American soldiers withdrew from the area as Ankara attacked the Kurdish-led SDF. According to Turkish authorities, the US-backed militia is affiliated with the Kurdistan Workers' Party (PKK), which it had blacklisted as a terror organisation.