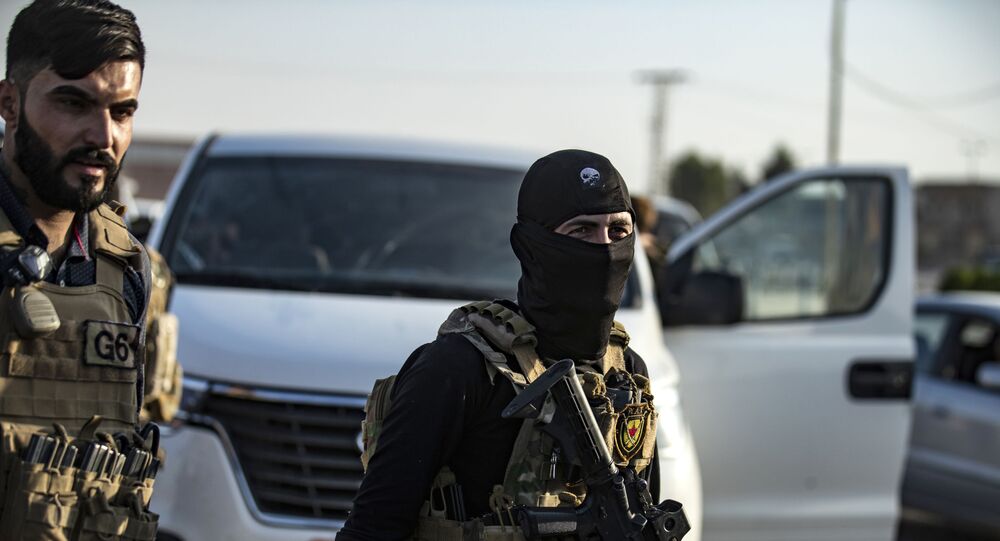 'What Is This Sh*t?': Syrian Kurds Learnt About US Pull-Out From Twitter – Report

Two days ahead of the start of the Turkish military operation against Syrian Kurds, the US announced that it would be withdrawing its troops from the area in order to avoid getting caught in the cross-fire between the warring parties. Some, however, including the Kurds, saw this as a "betrayal" of groups that had helped the US fight Daesh*.

Washington’s decision to withdraw from northern Syria came as a surprise both to US officials and the Kurdish-led Syrian Democratic Forces, whom the US has long supported in their fight against terrorist groups in Syria, Newsweek reported, citing its own sources on the ground.

"No one in the US government told us. When we heard the news of American withdrawals, well, it was over Twitter, we had no idea, we were like, 'What is this sh*t?'", an anonymous Kurdish intelligence official told the media outlet.

The same official noted that prior to this news, the militant group was planning a strategy to wipe out the remnants of both Daesh* and Hayat Tahrir al-Sham (a group believed to be led by the leaders of Jabhat al-Nusra*) on Syrian territory with the help of American forces.

Now the Kurds are busy trying to repel the Turkish offensive and, in order to succeed, they might "cut a deal" with Russia, Newsweek reported, citing an anonymous senior Pentagon official. According to the source, the SDF could ask Russia to help negotiate with Damascus in order to gain its support in their fight against Turkey.

SDF General Mazloum Kobani openly indicated in an interview with CNN that this scenario is an option if the US fails to protect the Kurds from Turkey.

"I need to know if you are capable of protecting my people, of stopping these bombs falling on us or not. I need to know, because if you're not, I need to make a deal with Russia and the regime now and invite their planes to protect this region", Kobani said.

US Defence Secretary Mark Esper also expressed an opinion in an interview with CBS on 13 October that the Kurds may ask for Damascus' and Russia's help. He said that if this were to be case, then the US would end up caught between two military forces and to avoid this, Washington decided to pull out some 1,000 soldiers from northern Syria.

Newsweek's report that the withdrawal came as a total surprise to US officials contradicts an earlier one by Yahoo News, which cited an unnamed senior Trump administration official as saying that the decision had been "discussed among senior leadership at the White House, the State Department and the Pentagon".

US President Donald Trump announced the decision to pull out American forces from northern Syria on 7 October, two days prior to the start of Turkey’s "Operation Peace Spring" targeting Kurds east of the Euphrates. The president has faced criticism for his decision domestically, but has refused to change his mind, arguing that the US has already participated enough in "endless wars" in the Middle East, calling them a "mistake".

Turkey insists that Syrian Kurdish militants like the People's Protection Units (YPG) are affiliated with the Kurdistan Workers Party (PPK), which it deems to be a terrorist organisation. Ankara has repeatedly issued protests against US support for Kurdish fighters while claiming to be fighting against terrorism.