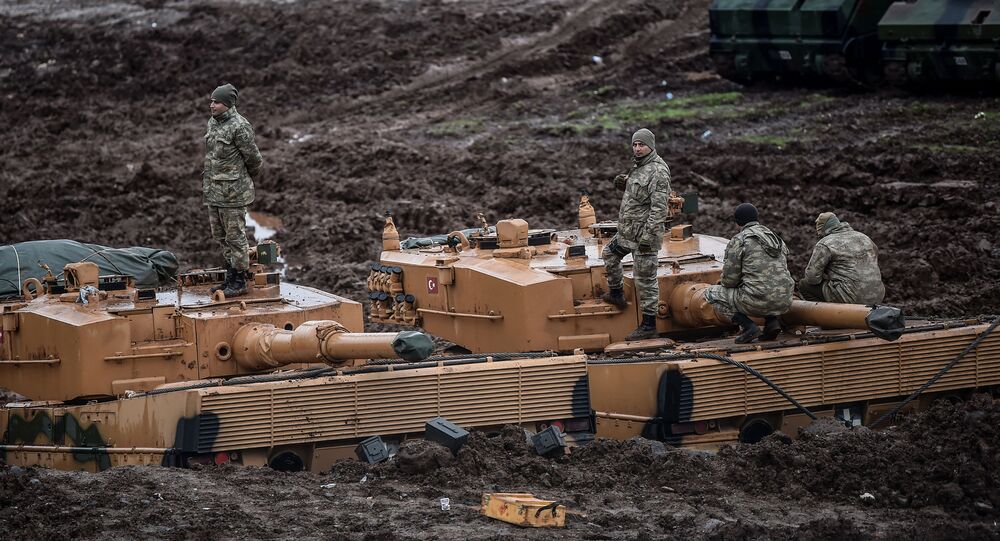 The US and EU countries have previously threatened to impose sanctions against Turkey unless it stops its military operation directed against Kurdish forces in northern Syria, east of the Euphrates. Ankara has refused to listen to these countries, insisting that the operation is a matter of national security.

"In light of the Turkish offensive in northern Syria, the German government has decided to stop issuing permissions to sell any military equipment that can be used by Turkey in Syria", Maas said.

The minister further pointed out that Berlin had earlier already imposed certain restrictions on weapons sales to Turkey following the country's previous offensive against the Kurds that took place in Syria’s Afrin region in 2018.

Despite the restrictions, Turkey still accounted for one third of all German weapons exports in 2018, with 242 million euros worth of military hardware being sold that year. However, some of the exports may have been carried out under older contracts that remained in effect after the 2016 offensive in Afrin and change in Berlin's policy.

© AFP 2020 / BULENT KILIC
A Turkish army's tank drives down from a truck as Turkish armed forces drive towards the border with Syria near Akcakale in Sanliurfa province on October 8, 2019

Two countries, Finland and Norway, have already frozen military exports to Turkey over its Syrian military operation and two more countries, Sweden and the US, are considering such a move.

Turkey’s current offensive against Kurdish groups like the YPG in northern Syria, dubbed Operation Peace Spring, kicked off on 9 October despite protests from numerous countries, including EU member-states. The latter, along with the US, have threatened to impose economic sanctions against Ankara unless it stops its military operation. Turkey has refused to listen to calls for the offensive to be stopped, regarding it as a matter of national security.