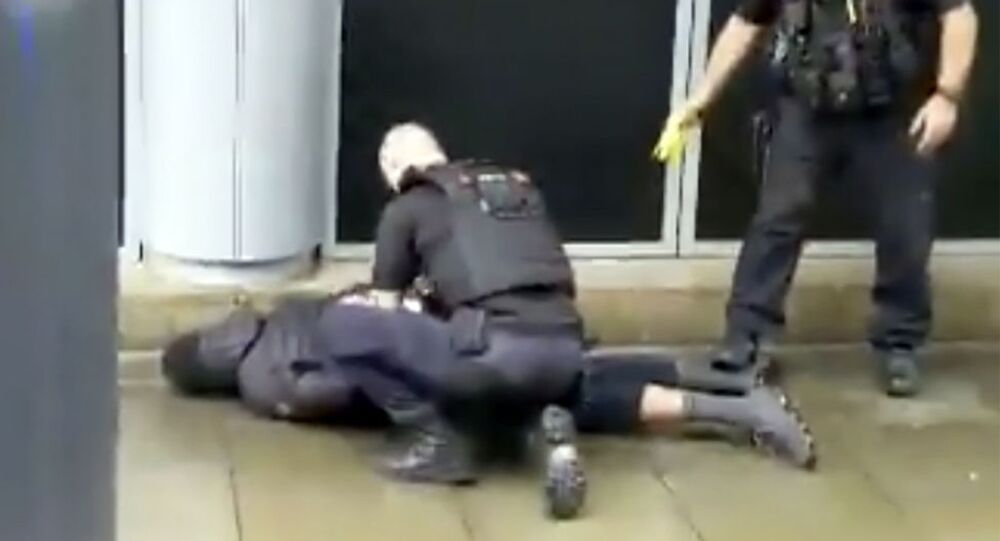 What Do We Know About ‘Lone Wolf’ Knifeman Who Stabbed Four in Manchester?

Manchester, one of Britain’s biggest cities, has been targeted by terrorists before. In May 2017 a jihadist suicide bomber, Salman Abedi, killed 22 people at an Arianna Grande concert. In 1996 the Provisional IRA planted a lorry bomb at the Arndale Centre in Manchester which injured more than 200 people.

Police in Manchester are questioning a suspect after four people were stabbed at a shopping centre in the city on Friday, 11 October.

Greater Manchester Police Assistant Chief Constable Russ Jackson said of the attack at the Arndale shopping centre: "It appears random, is certainly brutal and of course, extremely frightening for anyone who witnessed it."

At 11.15am a man entered the shopping mall armed with a large knife and began stabbing people at a Starbucks coffee shop.

City centre incident: a huge cordon is still in place as forensics specialists examine the spot where the suspect was a Tasered and arrested pic.twitter.com/CLlawjmbUy

​Two unarmed police officers reportedly ran away after trying to confront the man.

I’ve spoken to a man who was inside the Arndale who says he witnessed a woman being stabbed this morning (who he thinks was the first victim)
He said: pic.twitter.com/dlAUFCa3Eb

​A man was eventually subdued by officers armed with a Taser, moments before armed officers arrived at the scene.

​The suspect, who is in his 40s and believed to be of African or Afro-Caribbean origin, was handcuffed and taken away by police.

Huge respect to the police who tackled the attacker at the #Arndale Just a reminder you can help by not speculating on motive until the police tell us and not sharing pictures of the injured.

​Greater Manchester Police said: "Given the location of the incident and its nature, officers from Counter Terrorism Police North West are leading the investigation as we determine the circumstances."

Two women and a man were taken to hospital and the fourth individual was treated at the scene.

None of the injured are believed to be in a life-threatening condition.

The police said a man had been arrested on suspicion of terrorism.

The Daily Mail reported eyewitnesses as saying the knifeman “lunged” at shoppers in the mall and said he was hurling racist epithets at people of Afro-Caribbean origin, but also referred to himself at one point as a “n*****.”
He also reportedly told passers-by: “I’m going to f*** you up.”

City centre incident: staff are being told the Arndale will be closed for the rest of the day pic.twitter.com/hFk2sGF28H