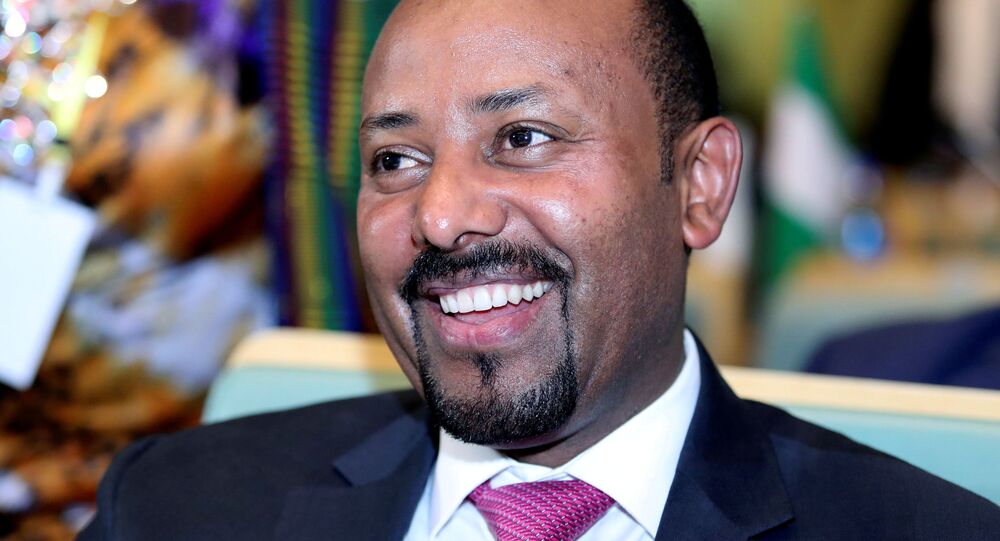 The Norwegian Nobel Committee said in a statement on Friday that in “close cooperation with the president of Eritrea, [Ethiopian Prime Minister] Abiy Ahmed quickly worked out the principles for a peace agreement to end the long no peace stalemate between the two countries”.

The Norwegian Nobel Committee tweeted on Friday that they had decided to award the 2019 Nobel Peace Prize to Ethiopian Prime Minister Abiy Ahmed Ali.

He was awarded “for his efforts to achieve peace and international cooperation, and in particular for his decisive initiative to resolve the border conflict with neighbouring Eritrea”, the committee said in a press release.

“When Abiy Ahmed became prime minster in April 2018, he made it clear he wishes to resume peace talks with Eritrea .. in close cooperation with the president of Eritrea, Abiy Ahmed quickly worked out the principles for a peace agreement to end the long no peace stalemate between the two countries”, the press release pointed out.

The office of the Ethiopian prime minister has reacted to the news by tweeting of its pride “as a nation”.

​“This victory and recognition is a collective win for all Ethiopians, and a call to strengthen our resolve in making Ethiopia – the new horizon of hope – a prosperous nation for all”, Abiy's office underscored.

Earlier, Norway's Nansen Peace Centre suggested that the refugee crisis and climate change may play a central role when the Nobel Peace Prize is awarded on Friday, pointing out that Swedish climate activist Greta Thunberg remained one of the favourites.

Other contenders reportedly included Raoni Metuktire, indigenous Brazilian leader and environmentalist who was known for leading a campaign to protect the Amazon, and New Zealand’s Prime Minister Jacinda Ardern. The names of nominators and nominees for the 2019 Nobel Peace Prize will not be revealed for 50 years.

Since 1901, 99 Nobel Peace Prizes have been handed out to individuals and 24 organisations. The peace prize is awarded in Oslo, Norway, though the other prizes are announced in Stockholm.