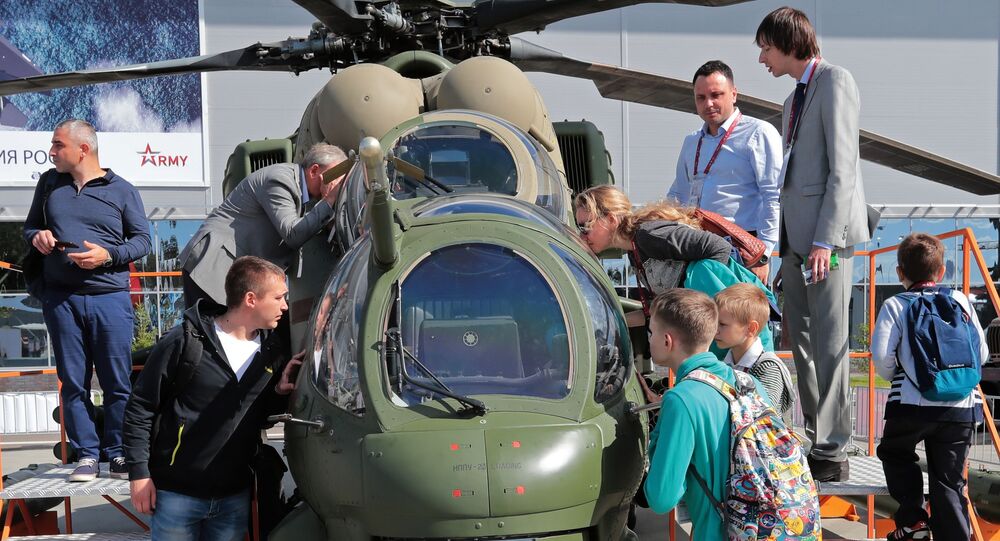 "We have an agreement for the supply of twelve Mi-35 helicopters, six of which have already been delivered. Our minister of defense would be in a better position to answer exactly when the remaining will be delivered ... For now we are discussing the modalities of securing delivery," Ugbah said.

The Russian-Nigerian defense cooperation is complicated due to sanctions targeting Russia, the ambassador noted.

"Sanctions against Russia do not help this cause, as you can imagine. Russia is a reliable partner that always fulfills its obligations. We will definitely agree on the supply of the remaining Mi-35 helicopters, and then we will see what we can do as part of the law," Ugbah added.

"We try to work within the framework of the system, so that Russia does not lose anything, but so that Nigeria also does not lose. Deliveries schedule will be discussed. Our wish list is quite long. We continue to discuss these issues with Russia. But I want to emphasize that without Russian help, without Russian technology, the fight against terrorists in my country will face very big challenges. We are interested in the fact that this equipment was purchased and delivered on time," Ugbah explained.

Nigeria discusses with Russia the possibility to purchase its Su-57 fighters and is also interested in Russian helicopters, tanks and intelligence equipment, Steve Davies Ugbah said.

"You also mentioned Su-57 fighters, negotiations are also underway on them. But sanctions against Russia do not help this cause, as you can imagine. Russia is a reliable partner that always fulfills its obligations," Ugbah said.

Nigeria is interested in "a number" of Russian technologies and military equipment, the ambassador added.

"We are interested in buying airplanes, helicopters, tanks, naval equipment, intelligence equipment to fight terrorism on our territory. We are confident that with the help of Russia, we will be able to defeat the Boko Haram terrorist group. Nigeria can benefit from Russia’s experience with other allies in defeating ISIS [Islamic State terrorist group, banned in Russia] in Syria. We expect a similar level of military-technical cooperation with Russia," Ugbah specified, when asked, which defence equipment exactly Nigeria was interested in.

Ugbah expects Russian President Vladimir Putin and his Nigerian counterpart, Muhammadu Buhari, who will head his country's delegation, to hold a meeting on the sidelines of the event, which Russia's resort city of Sochi will host from 23-24 October.

"We hope that President Buhari will be able to bring the negotiations to a logical end and sign agreements on military-technical cooperation in Sochi. The agreement is ready, when the president arrives in Sochi, both parties will sign it," Ughab said.

The ambassador voiced the belief that the deal would "open up new opportunities in such areas as the supply of military products and training of specialists."

"Nigeria is very committed to the fight against terrorism. And we are counting on the help of Russia," Ugbah stressed.